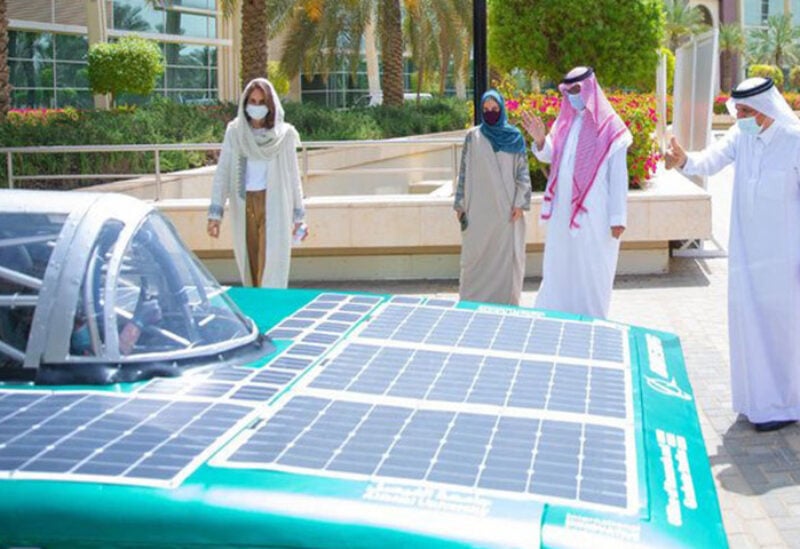 Alfaisal University’s College of Engineering on Thursday revealed a solar- and electric-powered car, produced by a team from the university — led by Habib Farooq — in partnership with Boeing.

“Students from the College of Electrical, Mechanical, Industrial, and Technical Engineering at the university have worked on this project for several years,” Al-Hayaza said in a statement. “The university has created the right environment and partnerships to complete the work to the fullest.”

Al-Hayaza said the car will be entered into international competitions and will be used in scientific research, contributions that are in line with Saudi Vision 2030.

Dr. Ahmed Oteafy, the assistant project supervisor at the College of Engineering, said the car can travel up to 2,500 kilometers on a single charge, at a speed of over 80 kilometers per hour.

“The materials were carefully selected, and the students worked on mechanical, electrical, and technical devices themselves to achieve the desired goal of making this car,” he said, adding that the university’s Scientific Research Center had also supported
the project.

The car will participate in the 2022 Comrades Ultra Marathon in Africa, Oteafy said.