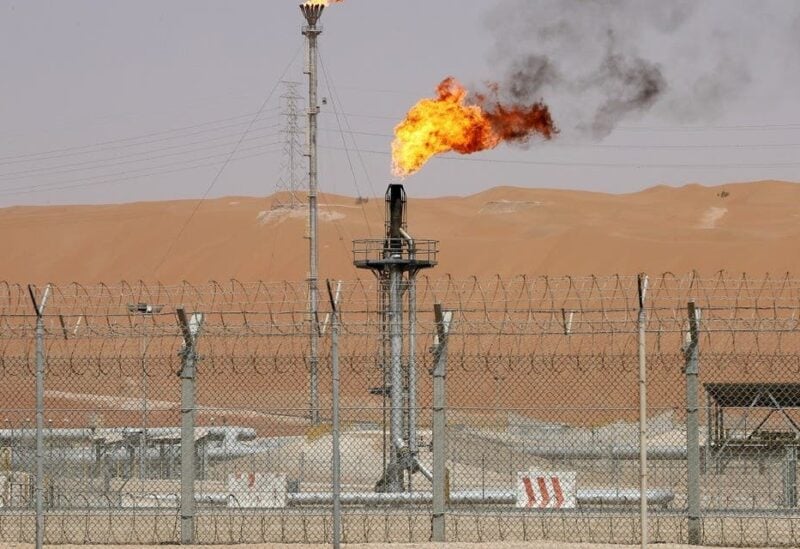 Flames are seen at the production facility of Saudi Aramco's Shaybah oilfield in the Empty Quarter. (File photo: Reuters)

The value of Saudi Arabia’s oil exports in April climbed 109 percent to 51.7 billion riyals ($13.79 billion) from a year earlier while non-oil exports rose by 46.3 percent, official data showed on Thursday.

Non-oil exports rose to 19.6 billion riyals from 13.4 billion but slipped from 22.5 billion riyals in March, the data from the General Authority for Statistics showed.

Saudi imports from China rose to 9.2 billion riyals from 8 billion, the data showed.

The kingdom’s total export value in April rose to 71.3 billion riyals from 38.1 billion but were down from 74.8 billion in March.

Imports from Turkey fell to 41.2 million riyals from 1.1 billion after an informal blockade by Saudi Arabia.