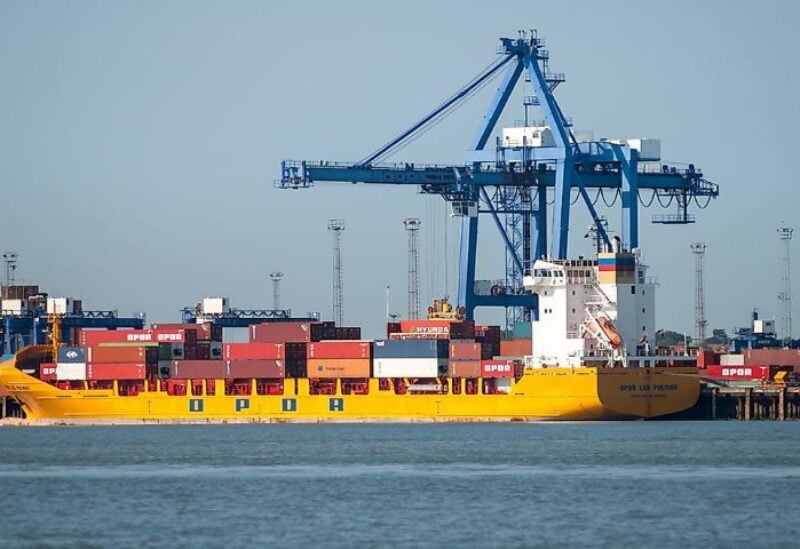 The shipping industry urged the UK to back its “moon-shot” $5 billion research and development fund on Thursday, which aims to get ocean going zero-emission ships in the water by 2030 and help the sector achieve net zero by 2050.

While the British government called for  net zero global shipping emissions by 2050 earlier this week, the UK has yet to back a proposal to fund the research and development of alternative zero-carbon fuels and propulsion systems to ensure that target is achievable, according to the International Chamber of Shipping.

Simon Bennett, deputy secretary general at the ICS, said the UK government needs to be asked “why they are not publicly supporting” the industry proposal, before the country hosts the Cop26 environment summit in November.

“At the moment, the UK has not had its name on that paper, despite being asked repeatedly to put its name on it. Why is that?”, Bennett said, at a seminar ICS hosted to tie in with London International Shipping Week.

“Net zero is plausible, but it’s only plausible if governments in co-operation with the industry, do what is required in order to make it happen. And that includes approving this research fund so that we can accelerate the technology.”

To date, the $5bn R&D fund has been backed by 10 countries, including Japan, Malta, Nigeria, Singapore, Switzerland and Denmark.

While international regulations require the global shipping industry to cut its emissions by 50 per cent compared with 2008 levels, the UK Chamber of Shipping said at the start of the week it wants the International Maritime Organisation to double this target and commit to net zero emissions by the middle of the century.

“Taking action now allows us to lead the charge on this global shift, creating highly skilled jobs for British workers and shaping the landscape for what clean shipping and trade will look like for future generations,” UK Transport Secretary Grant Shapps said earlier this week.

The government said it was pushing for absolute zero emissions, which means no offsetting and no carbon emissions, a significant increase in ambition for the sector, which is currently accountable for 3 per cent of global emissions.

The UK’s backing of a 2050 net zero target for international shipping, which transports about $14 trillion worth of goods every year, must be agreed through the IMO, the UN’s regulatory body on shipping.

This week, Mr Shapps also highlighted his ambition to have zero-emission vessels entering into commercial service by 2025.

Mr Bennett said the industry has accepted the challenge to meet the IMO’s target of halving emissions by 2050.

However, “The problem at the moment is that the technology readiness levels are simply not mature enough,” he said.