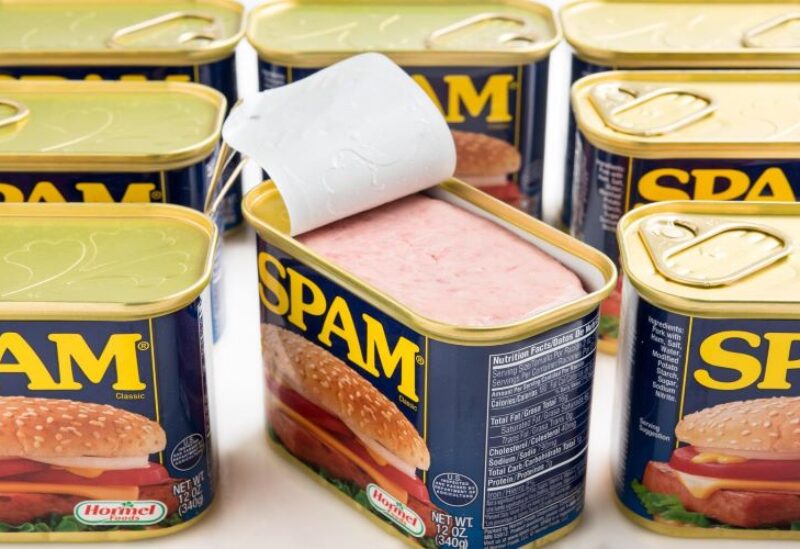 Despite pandemic-related obstacles, sales of the canned cooked meat Spam have reached a new high for the sixth year in a straight.

Hormel, the firm behind the popular brand, was able to achieve record sales of $3.5 billion (£2.65 billion) in the three months ending in October.

The company’s CEO stated that work on extending the company’s Spam product line will begin next year.

Hormel’s stock surged over 6% in New York on Thursday.

“We are also starting development on another expansion for the Spam family of goods, which is slated to go live in 2023,” he said.

Hormel, which finalized its acquisition of the Planters peanut brand in June, saw year-to-date sales increase by 19 percent to $11.4 billion.

This happened despite the fact that the corporation was dealing with supply chain challenges during the coronavirus outbreak.

Hormel announced a new five-year deal for supplies of pork, the key component in Spam, to help mitigate the effect of potential supply concerns.

Outside of the United States, Spam has a sizable foreign market, particularly in the Asia-Pacific area.

Since its introduction in 1937, it has become a household name in Hawaii.

Spam musubi – a sushi-like meal – Spam fried rice, and the famous breakfast – Spam, eggs, and rice – may all be found on restaurants around the islands.

It was introduced to South Korea by the US troops during the Korean War, when food was short.

Spam is now so ingrained in South Korean society that it is a key component in one of the country’s favorite cuisines, budae jjigae, or army stew.

Tins of Spam are also given as gifts during the Lunar New Year, and are occasionally presented in gift-boxes as part of a particular holiday marketing.

Hormel is headquartered in the US state of Minnesota and has a global presence in over 80 countries.

Its brands include natural Choice and Applegate meat products, as well as Skippy peanut butter, in addition to Spam and Planters.