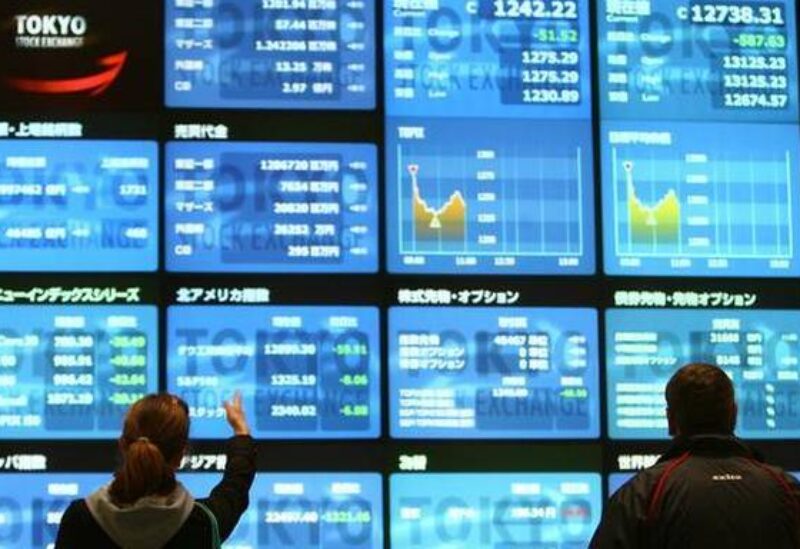 On Tuesday, Asian equities extended their losses as investor mood weakened further amid mounting concerns that the Delta strain of the coronavirus, which is spreading throughout the globe, may jeopardize the global economic recovery, pushing risky assets substantially lower.

However, markets in Europe and the United States appear to be on the mend, with FTSE futures and E-mini futures for the S&amp;P 500 index up 0.06 percent and 0.22 percent, respectively.

The MSCI Asia Pacific stock index outside of Japan is down over 1%, with Australia’s S&P/ASX 200 down 0.44 percent.

For the second day in a row, deleveraging worries in China have harmed property stocks and the broader market, resulting in a drop in shares of China Evergrande Group, a severely indebted developer. The Hang Seng Index fell 1.16 percent, while the CSI300 Index in China fell 0.53 percent.

Despite mounting expectations for a drop following a surprise reduction in bank reserve requirements, Beijing officials left the benchmark lending rate for corporate and family loans steady at its July fixing on Tuesday.

“The markets are clearly in risk-off mode,” said Edison Pun, a senior market analyst at Saxo Markets, who also noted that Wall Street’s rally is fading.

“Investors are worried that a fresh outbreak could potentially hinder the pace of economic reopening. The next 1-2 months will be an important litmus test on governments’ strategy in normalizing lives and economic activities amid the threat of the pandemic,” said Tai Hui, chief Asia market strategist, J.P. Morgan Asset Management.

In a separate gauge of investor risk appetite, bitcoin fell below $30,000 for the first time since June 22.

Stocks on Wall Street fell as much as 2% on Monday, with the Dow posting its worst day in nine months as COVID-19 deaths increased in the United States.

Riskier assets globally have come under pressure recently as many countries struggle to contain the outbreak of the fast-spreading Delta virus variant, raising fears that further lockdowns and other restrictions could upend the worldwide economic recovery.

“Despite the vaccine rollout, markets do not appear to be learning to live with COVID-19,” ANZ analysts wrote in a note to clients.

“Sentiment appears to have shifted, at least for the moment, to a persuasion that growth and earnings expectations may be overdone,” they said, noting that risk-averse investors were bailing out of commodities.

However, while the U.S. yield curve steepened slightly, the spread between the U.S. 10-year and 2-year yield remained near February lows, signaling investor doubts about the growth outlook.

JPMorgan’s Hui said the drop in U.S. yields reflects reduced inflation expectations if reopening is delayed and potential downside risk to the economy, but that value and cyclical sectors should continue to outperform over the next 6-12 months given the ongoing recovery globally.

Japan’s core consumer prices rose 0.2% in June from a year earlier to mark the fastest annual pace in over a year, driven largely by higher energy costs, a sign the impact of global commodity inflation was gradually broadening.

Oil prices stabilized after slumping around 7% in the previous session amid worries about future demand and after an OPEC+ agreement to increase supply. Brent crude gained 1 cent to $68.63 a barrel by 0412 GMT. The U.S. crude contract for August delivery , which expires later on Tuesday, was up 15 cents at $66.57 a barrel.