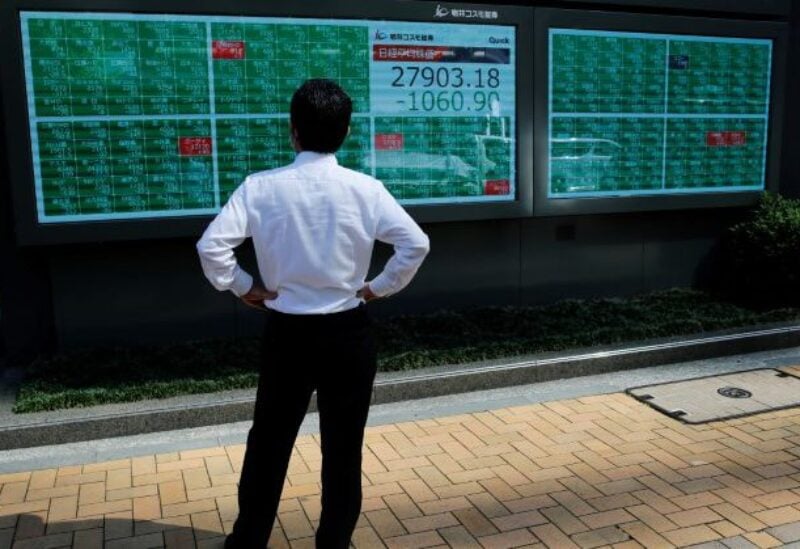 On Tuesday, Asian equities moved flat as concerns about the Delta variant’s spread and prospects of quicker Fed tapering outweighed excellent corporate earnings, while gold and oil rebounded from their recent losses.

Markets were also wary ahead of Wednesday’s U.S. inflation data, which, coming so soon after solid jobs data, might spark additional speculation about the Fed’s bond-purchase taper.

MSCI’s broadest index of Asia-Pacific shares outside Japan was 0.17% higher in mid afternoon after trading most of the day in slight red territory, with China’s blue chip index CSI300 also recovering to be 0.43% higher, while South Korea’s KOSPI index was 0.64% weaker.

“Equities have pretty much tracked sideways, but commodities are slightly weak and that’s partly reflecting COVID-19 uncertainty because cases seem to be increasing and background concerns of a slowdown in China,” said TD Securities Asia-Pacific strategist Prashant Newnaha.

Officials also said inflation was at a level that could satisfy one leg of a key test for the beginning of interest rate hikes.

China on Monday reported more COVID-19 infections in what seems to be its most severe resurgence of the disease since mid-2020, as some cities added rounds of mass testing in a bid to stamp out infections.

Australia’s benchmark S&P/ASX200was 0.32% higher on the back of strong earnings results, despite the nation’s most populous state recording its sharpest daily increase in coronavirus cases.

Oil prices recovered on Tuesday after falling as much as 4% in the previous session, which extended last week’s steep losses amid a rising U.S. dollar and concerns that new coronavirus-related restrictions in China could slow a global revival in fuel demand. OR

“Having swum from a very inflation-better opinion this year to a very disinflation view up to a week or so again, what we are we getting now again is another rotation into some of the reflation trades,” said Sean Darby, a Jefferies strategist in Hong Kong.

“The only thing that is different between now and the last 12 to 19 months is that it is likely to be accompanied by a stronger dollar.”

MSCI’s gauge of stocks across the globe was 0.02% higher.

In the United States, the Senate came closer to passing a $1 trillion infrastructure package, though it still has to go through the House.

Investors were still assessing whether Friday’s strong U.S. payrolls report would take the Fed a step nearer to winding back its stimulus and were eagerly awaiting inflation figures due on Wednesday.

“What we’re seeing is a little bit of early profit-taking on the back of fear that tapering will come in earlier in September,” said Sebastien Galy, senior macro strategist at Nordea Asset Management. “But as you can see, it has little impact because the effect of a better economy far outweighs the substitution effect of higher interest rates.”

However, the pace of tapering was still up in the air and would decide when an actual rate increase comes, he said. The Fed is currently buying $120 billion of assets a month.

The spread of the Delta variant could argue for a longer taper.

The dollar held firm against the yen at 110.32 yen , near its highest level in about two weeks.