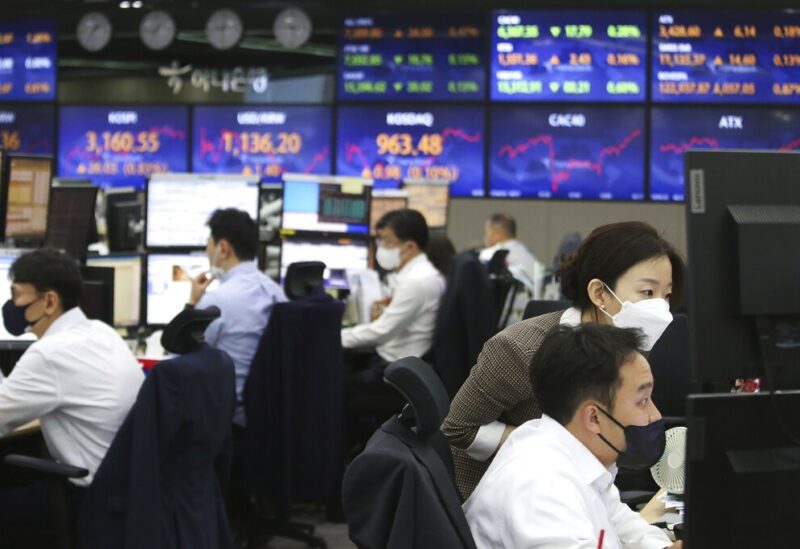 Stock markets struggled for traction on Thursday after a jittery session on Wall Street where cryptocurrencies crashed and a hint of tapering talk from the U.S. Federal Reserve drove selling in the bond market and lifted the safe-haven dollar.

Benchmarks in South Korea and Japan were either side of flat in morning trade and Hong Kong’s Hang Seng fell about 0.8% to pull MSCI’s broadest index of Asia-Pacific shares outside Japan down by 0.2%.

Fed minutes published on Wednesday said “a number” of officials thought that if the recovery holds up, it might be appropriate to “begin discussing a plan for adjusting the pace of asset purchases”.

“This is very much the market view, really,” ING economist Rob Carnell said on the phone from Singapore, with traders expecting strong hints over summer that the taper is coming and that policy support could start to ease in December.

“This is taking us to where we think we’re going to go, and perhaps this removes a little bit of uncertainty around that – so you get a slight increase in bond yields and the dollar rallying a little bit.”

The dollar also rose through its 20-day moving average against the yen, Aussie and kiwi. It last bought 109.17 yen and the dollar index was last at 90.149.

On Wall Street overnight the S&P 500 closed 0.3% lower and the Nasdaq was flat, something of a recovery after each dropped more than 1.6% during the session.

The trigger for sharp falls in bitcoin, ether and other cryptocurrencies appeared to be China’s move on Tuesday to reinforce strict curbs on crypto trading by barring financial institutions from providing transaction services.

Traders said the huge run-up in prices for the asset class in recent months meant that gravity also probably played a role, as well as Tesla boss Elon Musk’s apparent cooling on bitcoin over the amount of energy consumed in processing transactions.

Outages at several major trading platforms during the maelstrom, which also set ether tumbling nearly 50%, also did little to inspire confidence. Although well above overnight lows, ether and bitcoin remained under pressure on Thursday.

“It’s not just crypto – although that is the poster child of this movement – but SPACs, recent IPOs, ARK Innovation and Tesla, to name a few, have all lost their bid,” said Chris Weston, head of research at brokerage Pepperstone in Melbourne.

“For me, the overriding factor is liquidity and the timing of lower liquidity and that is having huge ramifications – we are debating, not just a slower pace of central bank asset purchases (QE), but when QE comes to an end.”

Elsewhere industrial commodities fell sharply on Thursday after China said it would strengthen its management of supply and demand to curb unreasonable rises.

Crude oil came off overnight lows but remained under pressure on worries about fresh COVID-19 curbs in Asia crimping demand and about the U.S. rates outlook.