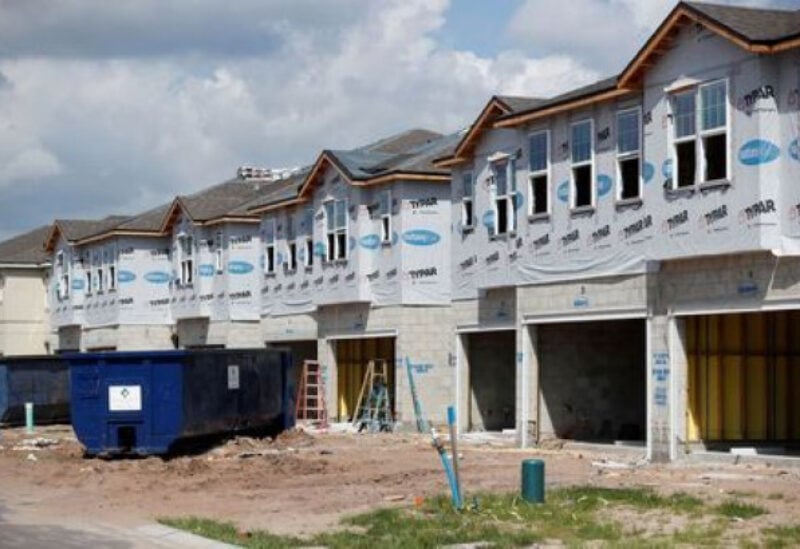 U.S. homebuilding fell more than expected in April, likely pulled down by soaring prices for lumber and other materials, but construction remains supported by an acute shortage of previously owned homes on the market.

The plunge in homebuilding reported by the Commerce Department on Tuesday was concentrated in the single-family housing market segment. The number of houses authorized for construction but not yet started increased to the highest level since 1999, suggesting hesitancy on the part of builders.

“Builders are delaying starting new construction because of the marked increase in costs for lumber and other inputs,” said Mike Fratantoni, chief economist at the Mortgage Bankers Association in Washington. “These supply-chain constraints are holding back a housing market that should otherwise be picking up speed, given the strong demand for buying fueled by an improving job market and low mortgage rates.”

Starts surged 67.3% on a year-on-year basis in April. Groundbreaking activity dropped in the Midwest and the densely populated South, but rose in the Northeast and West.

Demand for bigger and more expensive accommodations amid the COVID-19 pandemic, which has forced millions of Americans to work from home and take classes remotely, has fueled a housing market boom. But the virus has disrupted labor supply at saw mills and ports, leading to shortages of lumber and other raw materials, boosting prices and threatening to sideline first-time homebuyers from the market.

U.S. stocks were trading mixed and the dollar slipped against a basket of currencies. Prices of longer-dated U.S. Treasuries fell.

The inventory of previously owned homes is near record lows. Tariffs on steel imports are also adding to building costs. Lumber prices surged 89.7% on a year-on-year basis in April, according to the latest producer price data.

A survey from the National Association of Home Builders on Monday showed confidence among single-family homebuilders holding steady in May. The NAHB noted that “some builders are slowing sales to manage their own supply chains.”

According to an Institute for Supply Management survey published early this month, businesses in the construction industry reported challenges finding and retaining skilled and unskilled workers, with some companies saying “we are not accepting all the work that we could if we had the labor.”

Permits for future homebuilding rose 0.3% to a rate of 1.760 million units in April. They soared 60.9% compared to April 2020, and are running ahead of starts, which suggests a rebound in homebuilding in the months ahead.

Single-family homebuilding, the largest share of the housing market, dropped 13.4% to a rate of 1.087 million units in April. It retreated further below the more than 14-year high scaled in December, a sign that builders could be holding back because of the more expensive materials and lack of labor.

Building permits for single-family homes fell 3.8% to a rate of 1.149 million units. The number of housing units authorized to be built but not started surged 5.0% to a rate of 232,000 at the end of April, the highest since the government started tracking the series in January 1999.

“It is currently somewhat uncertain when exactly supply issues could be resolved,” said Isfar Munir, an economist at Citigroup in New York. “Eventually, however, we expect that backlogs of demand could keep housing activity supported into the end of the year.”

The housing market has been the star performer in the economy’s recovery from the COVID-19 recession, which started in February 2020. Residential construction investment has enjoyed double-digit growth since the third quarter of last year. Most economists expect housing will have a neutral impact on gross domestic product growth in the second quarter.

Starts for the volatile multi-family segment rose 0.8% to a pace of 482,000 units in April. Building permits for multi-family housing projects accelerated 8.9% to a rate of 611,000 units. With more than a third of the American population vaccinated against COVID-19 and restrictions on services businesses being lifted, people are flocking back to cities.

Realtors estimate that single-family housing starts and completion rates need to be in a range of 1.5 million to 1.6 million units per month to close the inventory gap.

The stock of housing under construction increased 0.6% to a rate of 1.312 million units last month.