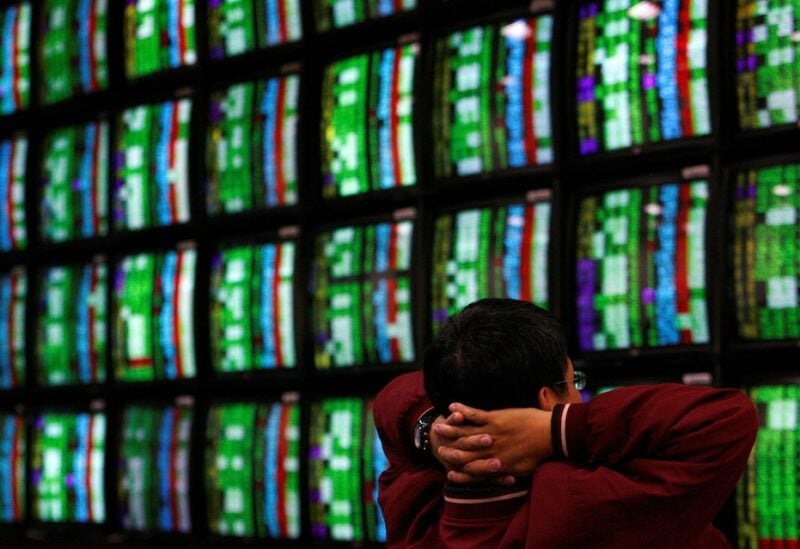 Asian shares bounced on Tuesday, led by technology names across the region and as Chinese markets clawed back ground lost after disappointing economic data, while the improved investor confidence weighed on the safe-haven dollar.

MSCI’s broadest index of Asia-Pacific shares outside Japan rose 1.05%. It is up about 6% since its 12-month low hit on Oct. 5, largely in line with a similar rally in world share following a strong opening to the U.S. earnings season.

Technology stocks were at the forefront of Tuesday’s gains in Asia, in line with moves in U.S. counterparts. The Hong Kong benchmark rose 1.26% with the tech sub index jumping 2.4%.

Chinese shares also rose, clawing back losses a day after the country reported its weakest economic growth in a year. read more

“Though China’s economic data is disappointing, the equity market is unevenly supported by certain sectors. Insurance and tech shares have rebounded from the previous decline, while health care and energy have gained with renewed domestic COVID outbreak and high coal prices,” said Gary Ng, a senior economist at Natixis in Hong Kong.

“Externally, the improvement in global risk sentiment has also helped, which is shown in the weaker dollar index.”

The dollar lost 0.28% against a basket of its major peers , falling to its lowest level in October.

Sterling the Australian dollar and the New Zealand dollar all hit month highs against the greenback in the Asian session, while the euro hit a two-week top.

However, analysts at CBA said they thought the dollar would likely resume its uptrend as “medium‑term inflation pressures are building in the U.S. and as a result, we expect U.S. Fed Funds futures to start pricing a more aggressive rate hike cycle.”

U.S. Treasury yields also edged lower in Asia, particularly in the middle of the curve.

Gold also gained on lower yields with the spot price rising 0.6% to $1,775.2 an ounce, though the metal remained well within its recent range.