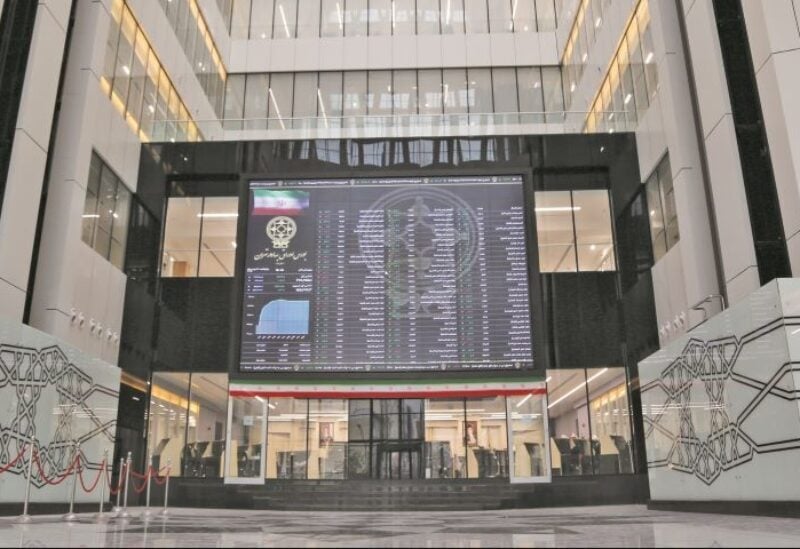 According to the state news outlet Tasnim, the issue, which happened after 9 a.m., disrupted “transactions during capital market trade.” It did not, however, provide any more information on the cause of the outage.

“The only platform utilized is the exchange’s trading system TSETMC…, which has been disrupted. The technology connects traders and stockholders and allows them to communicate information about the transactions that are taking place “According to a translated version of Tasnim’s story.

“The TSETMC platform is the only one that allows for real-time trading. Without it, dealers will be unable to execute their deals, perhaps leading to greater interruptions and uncertainty.”

“Tasnim News Agency reported that the stock exchange trading system was affected during Monday’s capital market trading and that this interruption is still ongoing,” it stated.
After about a half-hour, social media channel Econ Fouri said that activities had “returned to normal” after the “disruption was rectified.”

After the problem was resolved, no additional information was accessible on Tasnim or any other site.
The TSE, founded in 1967, is one of the Middle East’s oldest stock exchanges and one of four in Iran. Others include the Iran Fara Bourse, which focuses on finance, the Kish Stock Exchange, which focuses on oil, and the Tabriz Stock Exchange, the country’s second regional stock market.

According to TradingHours.com, the TSE has a market value of $1.22 trillion and around 700 listed businesses.

Saudi Arabia is home to the Middle East’s largest stock exchange, with a market value of around $2.57 trillion.

Stock market disruptions are prevalent across the world, and they are typically triggered by system flaws or cyber assaults, which can halt trade activities for hours or even days.

The Tokyo Stock Exchange, the world’s third-largest exchange, witnessed its greatest interruption in October 2020, when trading was halted for a whole day owing to a hardware failure.

In August 2020, a cyber assault on the New Zealand stock market halted trade for more than four days. A hardware breakdown at the TMX Group, Canada’s largest stock exchange operator, caused a substantial disruption in February.

Nasdaq’s Nordic and Baltic stock exchange operations were hampered by network issues in November 2019. Due to a technical malfunction, the New York Stock Exchange halted trading in five equities in April 2018, including Amazon and Google parent Alphabet.