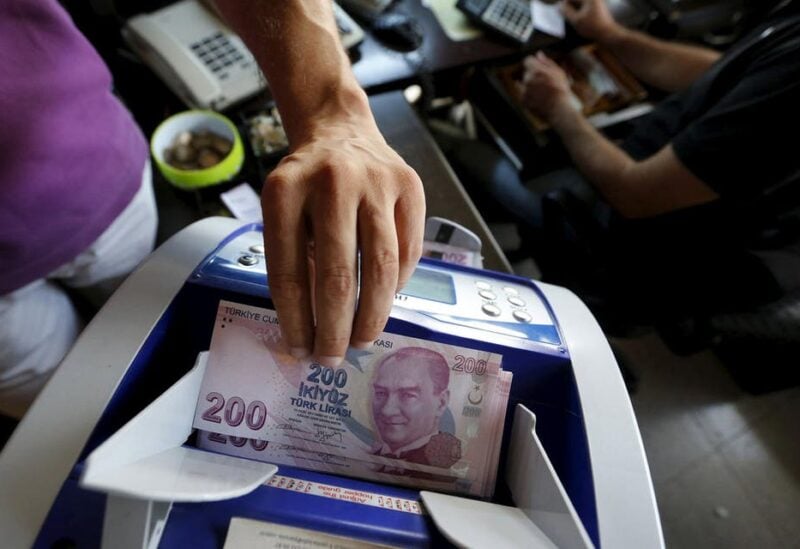 A money changer uses a machine to count Turkish liras in the border city of Hatay, Turkey in this September 17, 2013 file photo. (File photo: Reuters)

After the departure of Lutfi Elvan, the last top official seen loyal to conventional policy in a government gripped by a currency collapse, Turkish President Recep Tayyip Erdogan nominated Nureddin Nebati as minister of treasury and finance on Thursday.

The nomination, reported in Turkey’s Official Gazette, comes after the lira fell by 27% in the previous month alone. It has reached a succession of all-time lows in terms of economic policy orientation.

According to his CV on the ministry’s website, Nebati was a deputy minister of treasury and finance who studied international relations, political science, and public administration.

“My God, make it simple, not complex. Please, God, make the outcome positive. Give us honesty in our job and success “Nebati tweeted first thing Thursday morning.

“My God, allow me the capacity to carry out the duties of the Minister of Treasury and Finance that our President thought worthy of me, and to be worthy of the confidence he has placed in us,” he prayed.

Nebati, who previously served as a deputy finance minister for three years, stated last week that Turkey has been attempting to adopt a low-interest-rate strategy for years but had encountered considerable opposition.

“This time, we are committed to implement it,” he said on Twitter, adding that maintaining interest rates low in current market conditions was “no issue.”

The retirement is the latest in a string of abrupt departures from prominent economic posts, including Erdogan’s quick dismissal of three central bank governors in the previous two and a half years, acts regarded as undermining policymaking credibility.

Mismanagement and policy uncertainty, according to economists, have kept inflation in double digits and official foreign reserves low, while the lira has lost two-thirds of its value in four years, by far the worst among emerging economies.

As the central bank turned to a more dovish attitude in September, Elvan was viewed as one of the final ministers who may persuade Erdogan to rethink, given what observers see as the bank’s dovish stance.

The central bank intervened on Wednesday to stabilize the volatile currency for the first time since 2014 due to uncertainties over the new economic model, in which Erdogan approved additional interest rate cuts amid increasing inflation.

Elvan was appointed in November of last year, following a dramatic cabinet reshuffle in which his predecessor Albayrak, a contentious figure in the AK Party, unexpectedly quit on Instagram, shocking the president and his conservative administration.

Elvan, along with newly appointed central bank governor Naci Agbal, were market-friendly technocrats who shifted to more traditional economic policies, beginning to reverse a years-long outflow of foreign investment that had accelerated under Albayrak.

However, the tone shifted in March when Erdogan unexpectedly fired Agbal following interest rate rises to 19%, opening the path for a subsequent 36% decline in the currency, which intensified into a breakdown this week.

The central bank, currently managed by Sahap Kavcioglu, began easing in September and slashed rates by 100 basis points to 15% on Thursday, a move that many experts deemed risky given Turkey’s persistently negative real yields.