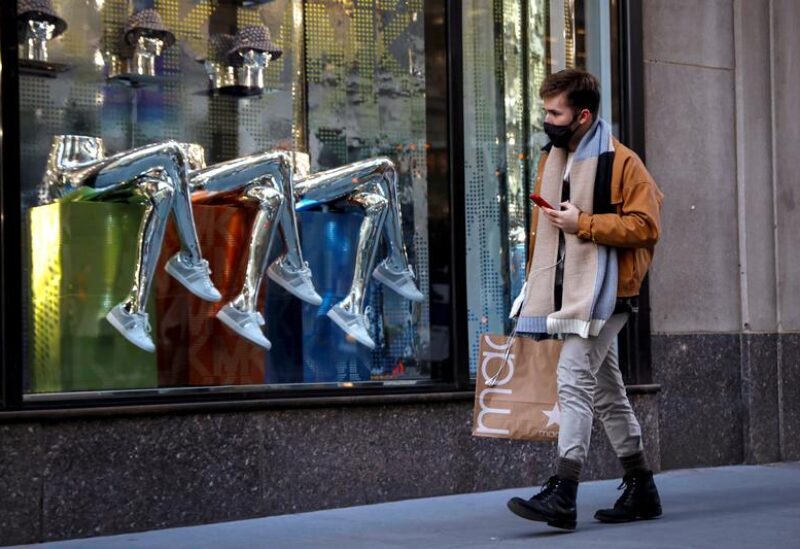 The number of Americans filing new unemployment claims fell near to pre-pandemic levels last week as the labor market recovery continues, yet a labor shortage remains an impediment to speedier job growth.

The Labor Department’s weekly unemployment claims report, which is the most recent statistics on the economy’s health, showed jobless benefits rolls falling to a 20-month low in early November. Following a summer slump caused by a surge of COVID-19 infections caused by the Delta strain, the economy is regaining traction.

“Demand for labor is quite robust, and people are in short supply,” said Gus Faucher, chief economist at PNC Financial in Pittsburgh, Pennsylvania.

For the week ending Nov. 13, initial claims for state unemployment benefits fell by 1,000 to a seasonally adjusted 268,000. That was the lowest level recorded in the United States since the coronavirus pandemic began more than 20 months ago.

Reuters polled economists, who predicted 260,000 applications in the most recent week. The lesser fall was due to the government’s algorithm for removing seasonal swings from data being less generous last week.

Unadjusted claims dropped 18,183 to 238,850. The decrease was led by Kentucky, likely due to automobile workers returning to factories after temporary layoffs as motor vehicle manufacturers deal with a global semiconductor shortage. There were also big declines in Michigan, Tennessee and Ohio, states that also have a strong presence of auto manufacturers.

The decreases offset a surge in filings in California.

The seventh straight weekly decline left claims just above the 256,000 level in mid-March 2020, and in a range that is associated with a healthy labor market. Claims have declined from a record high of 6.149 million in early April 2020.

The improving economic tone was matched by other data from the Philadelphia Federal Reserve on Thursday showing an acceleration in manufacturing activity in the mid-Atlantic region this month.

Factories in the region that covers eastern Pennsylvania, southern New Jersey and Delaware, reported strong order growth. They were upbeat about business conditions over the next six months and anticipated maintaining a strong pace of capital expenditures in 2022. But labor and raw material shortages persisted, leading to a rapid piling up of unfinished work, even as manufacturers increased hours for workers.

Factories continued to face higher prices for inputs, which they passed on to consumers.

“We look for voracious goods demand and a plethora of unfilled orders to keep factories pumping out goods at a very healthy pace,” said Oren Klachkin, lead U.S. economist at Oxford Economics in New York. “We also expect that businesses will continue to face major supply-chain problems next year, though headwinds should start to ease in the second half of 2022.”

Stocks on Wall Street were lower. The dollar slipped against a basket of currencies. U.S. Treasury yields dipped.

The reports added to a surge in retail sales in October and a sharp rebound in production at factories in suggesting that economic activity accelerated early in the fourth quarter after gross domestic product increased at its slowest pace in more than a year in the July-September period.

Stronger growth could spill over into 2022, with a third report from the Conference Board showing its index of Leading Economic Indicators jumped 0.9% in October after gaining 0.1% in September.

The labor market is getting tighter. The number of people continuing to receive benefits after an initial week of aid dropped 129,000 to 2.080 million in the week ended Nov. 6, the claims report showed. That was also the lowest level since the mid-March in 2020.

A total 3.185 million people were collecting unemployment checks under all programs during the week ended Oct. 30. Shrinking unemployment rolls raise hopes that more people will return to the labor force soon.

Millions of unemployed Americans remain at home even after the expiration of generous federal government-funded benefits, the reopening of schools for in-person learning and companies raising wages.

The claims data covered the period during which the government surveyed business establishments for the nonfarm payrolls component of November’s employment report.

Claims have dropped since mid-October, which would suggest stronger employment growth this month. But workers are scarce, with 10.4 million job openings as of the end of September.

“There is some uncertainty as a key to monthly job growth is labor supply and the Delta variant,” said Ryan Sweet, a senior economist at Moody’s Analytics in West Chester, Pennsylvania. “The good news is that the Delta variant’s impact on the labor market in November will be less than that seen during the teeth of the recent wave.”

The economy created 531,000 jobs in October. Employment growth has averaged 582,000 jobs per month this year and the labor force is down 3 million from its pre-pandemic level.