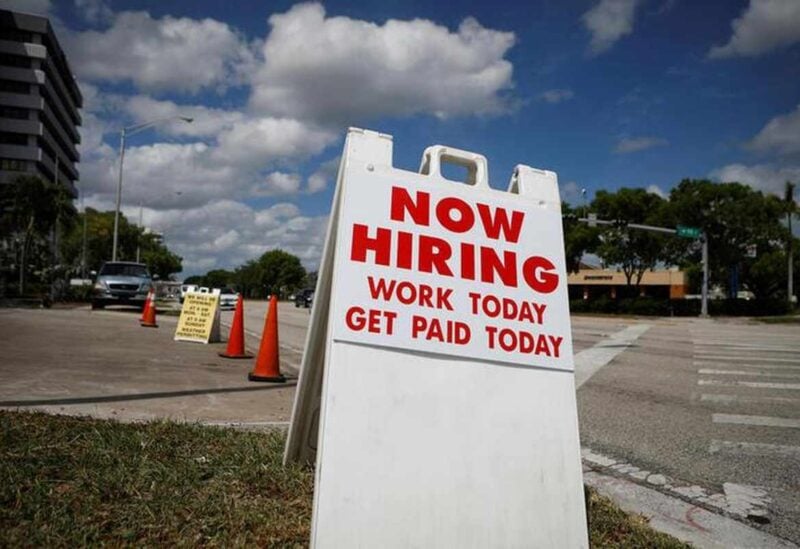 High-frequency data show that hiring in the United States decreased in July, rather than holding constant as widely expected, with slowness in states that discontinued federal unemployment benefits and places where the COVID-19 Delta variant is rampaging.

Employee growth climbed 1.1 percent across a wide range of businesses from mid-June to mid-July, corresponding with the period when the federal government’s employment survey is performed, according to payroll service UKG. That was half of the 2% rate of increase seen between May and June, just ahead of a big June national jobs report that showed 850,000 new jobs added to payrolls.

Homebase, a time management provider, reported a drop in small business hiring from mid-June to mid-July.

A UKG review of data spanning the period when 26 states began terminating federal unemployment benefits found that increase in work shifts in those states was half that of the rest of the country, at 2.2 percent against 4.1 percent from May to July.

This adds to a growing body of data that the risk taken by a primarily Republican group of governors in suspending the $300 weekly stipends did not result in additional jobs.

“People are returning to work on their own. We just haven’t seen the surge of people returning that businesses were hoping for,” said UKG vice president Dave Gilbertson. He anticipates a smaller number of jobs added in July than in June.

National jobs and unemployment data will be updated Friday in a Labor Department report closely watched for evidence about the path of a U.S. economy that has already returned to pre-pandemic levels in terms of output but remains roughly 7 million jobs shy of where it was in early 2020.

In contrast with Gilbertston’s view, the median estimate of economists polled by Reuters is that hiring continued apace in July, with companies forecast to have added 880,000 payroll jobs.

Gilbertson said he still anticipated strong hiring in the fall as schools presumably reopen and daily life continues to notch back toward normal.

That may well depend, however, on how the economy responds to the resurgence of coronavirus infections led by the highly contagious Delta variant. Evidence may be emerging that the renewed outbreak is taking a toll, particularly in some of those Republican-led states where hiring has proved stodgy despite the early cutoff of the unemployment benefits.

A state-level recovery index from Oxford Economics, for example, points to a drop in economic activity and employment among high-infection states like Florida, Missouri and Arkansas.

So far that has not been evident in other data series.

The Transportation Security Administration showed 4.2 million travelers checked onto flights last weekend, about 85% of the comparable weekend in 2019 and in line with recent weeks. OpenTable showed diners continued turning up at restaurants at levels comparable to 2019.

During the pandemic economists have paid particular attention to “mobility,” the movement of people outside their homes, as a general sign of recovery. As of now, Klachkin said, it “hasn’t slowed.”

But neither does the U.S. economy seem to be kicking into a higher gear when it comes to hiring.

With roughly one job available for every person estimated to be unemployed, economists have puzzled over why positions aren’t filling faster, and offered a list of reasons from the ongoing fear of infection to the lack of available child care.

Recent analysis has consistently minimized one of those explanations: the impact of the extra unemployment benefits.

Researchers at the University of Chicago and the JPMorgan Chase Institute, using JPMorgan data on account holders who lost jobs and received enhanced unemployment benefits, found that through April the payments diminished the reemployment rate by no more than 1 percentage point. The payments, offered with few conditions to a broadened group of individuals, were $600 per week early in the pandemic and reduced to $300 late in 2020. They were a key reason personal income rose during the pandemic despite massive unemployment.

Arindrajit Dube, a University of Massachusetts Amherst economics professor, used data from the Census Household Pulse Survey to conclude that the suspension of the benefits in a group of states did nothing to boost hiring but instead “increased self-reported hardship in paying for regular expenses.”

UKG’s Gilbertson said he attributed the slower rate of shift growth in the one group of states to the fact that they generally were among those that imposed fewer restrictions early in the pandemic and “didn’t have as far to cover.” It was also possible that the surge in cases is leading to “some early signs of a slowdown.”

Either way, he said the data seemed clear on one point: “The extra benefits were likely not the thing holding (individuals) back from accepting a new job.”