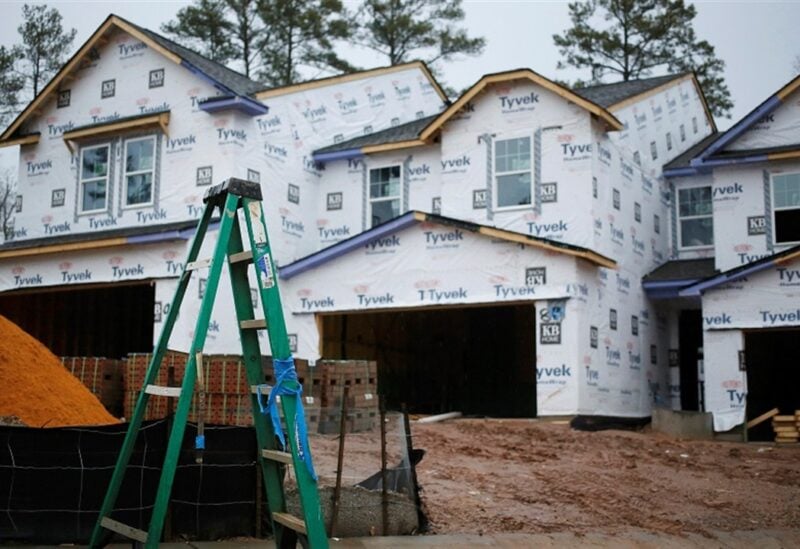 In June, homebuilding in the United States climbed more than predicted, while permits for future home construction fell to an eight-month low, owing to apprehension created by high-cost building materials, as well as labor and land shortages.

According to a report released by the Commerce Department on Tuesday, a severe housing shortage, which has pushed up prices and prompted bidding wars around the country, could last for some time. Low mortgage rates and a desire for more spacious accommodations are driving demand for houses during the COVID-19 epidemic.

Despite the fact that lumber prices are declining from record highs, builders are paying more for steel, concrete, and lighting, as well as dealing with item shortages such as refrigerators.

“Many builders continue to point to a shortage of available workers as a separate challenge,” said Matthew Speakman, an economist at Zillow. “Reports of multi-month delays in the delivery of windows, heating units, refrigerators, and other items have popped up across the country, delaying delivery of homes and forcing builders to cap activity.”

Despite last month’s increase, starts remained below March’s rate of 1.737 million units, which was the highest level since July 2006. Homebuilding increased in the West and the populous South, but fell in the Northeast and Midwest.

Starts increased 29.1% on a year-on-year basis in June.

Permits for future homebuilding fell 5.1% to a rate of 1.598 million units in June, the lowest level since October 2020. Permits are now lagging starts, suggesting that homebuilding will slow in the coming months.

Stocks on Wall Street were trading higher after a sharp selloff on Monday. The dollar gained versus a basket of currencies. U.S. Treasury yields fell.

While lumber futures have dropped nearly 70% from a record high in early May, economists caution that higher prices are likely to prevail because of wildfires in the Western United States.

Dustin Jalbert, head of Fastmarkets RISI’s lumber team, also noted that log prices are soaring in the interior of the Canadian province of British Columbia and duties are potentially set to increase on Canadian producers later this year.

There are also signs that the exodus to suburbs and other low-density areas in search of larger homes for home offices and schooling is gradually fading as COVID-19 vaccinations allow companies to recall workers back to offices in city centers.

A rise in COVID-19 infections among unvaccinated Americans also poses a risk to the housing market outlook.

Economists predict the housing market, which was one of the economy’s bright spots during the coronavirus outbreak, to be a little drag on GDP in the second quarter.

Despite this, the scarcity of homes for sale continues to support homebuilding. The number of previously owned properties on the market is reaching historic lows, resulting in double-digit increases in the median house price.

In July, confidence among single-family homebuilders plummeted to an 11-month low, according to a survey released by the National Association of Home Builders on Monday.

Shortages and higher input prices likely weighed on new home sales in June. The Mortgage Bankers Association Builder Application Survey, which was published on Tuesday, showed mortgage applications for new home purchases fell 23.8% in June from a year ago. Applications decreased 3% compared to May. The data has not been adjusted for typical seasonal patterns. The Commerce Department is due to publish new home sales data for June next Monday.

Homebuilders and a group of other stakeholders met last Friday with White House officials, including Commerce Secretary Gina Raimondo and Housing and Urban Development Secretary Marcia Fudge, to discuss strategies to address the short-term supply chain disruptions in the homebuilding sector.

Building permits fell in all four regions in June. Single-family permits dropped 6.3% to a rate of 1.063 million units, the lowest since August 2020. Permits for multifamily housing slipped 2.6% to a rate of 535,000 units.

The backlog of single-family homes yet to be started grew in June to the highest level since October 2006.

According to Mark Palim, deputy chief economist of Fannie Mae in Washington, “widespread anecdotal indications indicate to builders postponing or rejecting down orders to allow shortages to alleviate and catch up to a rising building backlog.”

To close the inventory gap, Realtors predict that single-family home starts and completion rates need to be in the region of 1.5 million to 1.6 million units per month.

Last month, the stock of houses under construction increased by 1.8 percent to 1.359 million units.