UAE and Vietnam in pact to boost creative economy 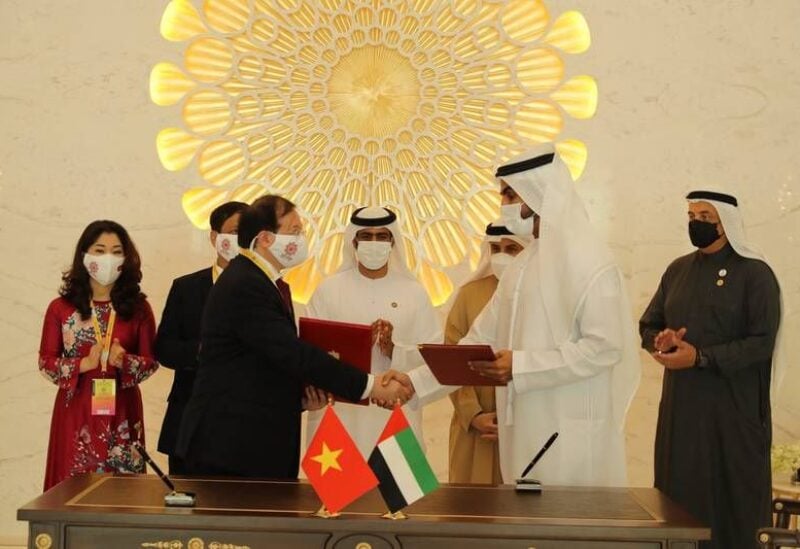 Emirati and Vietnamese officials after the signing of a cultural co-operation pact. Photo: UAE Ministry of Culture and Youth

As the Gulf Kingdom wants to expand its creative economy, it has inked a preliminary agreement with Vietnam to foster cultural cooperation in areas such as antiquities, heritage, the arts, and libraries.

The two countries pledged to strengthen the creative economy, assist talented individuals, share information, and promote a deeper understanding of each other’s cultures.

The agreement establishes the framework for the two sectors to share experiences, information, and knowledge, as well as encourage the study of each other’s language, literature, arts, and legacy, according to the UAE Ministry of Culture and Youth on Monday.

It also promotes library collaboration and encourages involvement in cultural and artistic events in both nations.

Mubarak Al Nakhi, undersecretary of the UAE Ministry of Culture and Youth, emphasized the importance of cultural and creative industries, saying they should be a national priority in economic growth.

Mr Al Nakhi believes that now is the greatest moment to investigate collaboration in the creative economy and to build shared platforms and efforts to explore investment potential in these “promising” industries.

This would result in better cultural and creative linkages between the two nations, as well as a stronger framework for laws and regulations to boost creative sectors, he added.

The UAE has emerged from the Covid-19 epidemic with a renewed emphasis on accelerating its drive into high-value-added businesses as it lessens its economic reliance on oil money.

In June 2021, Abu Dhabi announced intentions to spend Dh22 billion ($6 billion) in its cultural and creative sectors over the following five years in an effort to diversify its economy, generate new employment, and attract talent.
The UAE-Vietnam agreement called for efforts to increase cooperation among appropriate agencies in order to raise knowledge of each other’s national identity, culture, heritage, and arts.

This may be accomplished by enabling cultural authorities, authors, and intellectuals from each country to exchange visits.

It also called for the exchange of books and publications based on each other’s cultures, as well as participation in activities and events connected to antiquities, heritage, the arts, and libraries under particular agreements.

The two nations would also work to defend intellectual property rights in accordance with national laws and international treaties.

They also pledged to conduct bilateral cultural events, encourage public engagement in these activities, and work together to ensure the long-term viability of the cultural and creative sectors.

According to government authorities, the two industries will be critical to the UAE’s growth over the next 50 years.

The UAE’s 10-year National Strategy for Cultural and Creative Industries, the Arab world’s first, intends to promote the two industries.

The strategy will be a “watershed moment” for the economy, reflecting the inclusion of young people and global stakeholders.

It aspires to increase the size and capacities of the two sectors in order to place them among the top ten most significant economic industries in the UAE.

Over the following decade, the strategy intends to boost the contribution of the cultural and creative sectors to the country’s GDP by 5%.