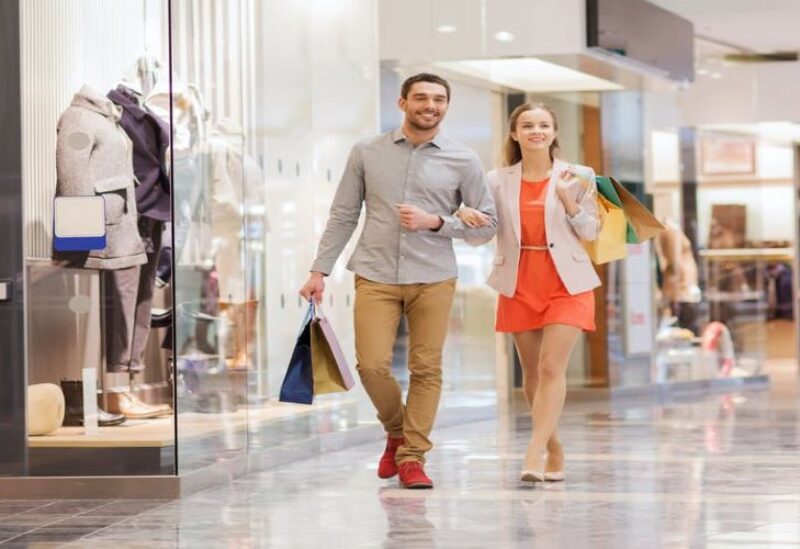 Shoppers at Mall of the Emirates in Dubai

According to a survey conducted by global consultant Kearney, total retail expenditure in the UAE hit $71 billion last year, placing it 14th globally and first in the Middle East and North Africa area.

According to the 2021 Global Retail Development Index, the Emirates led the Mena region in terms of household spending on e-commerce, with $2,554 in average spending per household, which is twice the global average of $1,156 and four times the Mena average of $629, positioning the country as a high-demand market.

The Kearney research rates 35 developing economies based on a set of 26 characteristics and four critical variables to identify markets that are expanding, appealing, and largely risk-free.

According to the consumer and retail consultancy, technology and experiential marketing are driving retail development in the UAE as merchants implement technologies such as artificial intelligence, the Internet of Things, and virtual reality.

“With increasing consumer spending levels, we have seen significant multinational retailers and worldwide brands join the market or grow their operations [in the UAE] over the last decade,” said Mohammed Dhedhi, partner at Kearney Middle East’s Consumer & Retail Practice.

“The ease of doing business in the nation, as well as consistent support for start-ups and small firms and well-designed stimulus packages, have attracted foreign direct investment and stimulated industry innovation.”

Following the epidemic, the UAE’s e-commerce business expanded dramatically as more people resorted to internet platforms for their buying requirements. According to the Dubai Chamber of Commerce and Industry, the industry expanded 53% to a record $3.9 billion in 2020 and is likely to rise further.

Amazon, the world’s largest online retailer, announced in September that it will create 1,500 jobs in the nation this year to boost its storage capacity by 60% and the size of its delivery stations by 70%.

The UAE’s retail sector is developing, and its economy is behaving like that of a “established market… to the point where it will soon no longer be deemed a ’emerging market’ under our GRDI rankings,” according to Mr Dhedhi.

Over the last decade, several foreign merchants and worldwide brands have launched or extended their businesses in the UAE, drawn by strong consumer spending levels.

Retailers such as Bloomingdale’s, Hugo Boss, Diesel, and The Body Shop have recently created dedicated online storefronts to tap into the UAE’s burgeoning e-commerce sector. According to Kearney’s research, the e-commerce sector is powered by high internet penetration – approximately 100% by 2020 – and well-developed digital payment and logistics infrastructures.

According to the survey, China led the world in retail expenditure last year with $4.07 trillion, followed by India with $1.16 trillion.

Because of the Covid-19 effect, China’s retail market increased by only 1.6% last year. Retail expenditure in the world’s second-largest economy is expected to reach $5.8 trillion by 2025, according to the Kearney index, with retail rebounding at a compounded annual growth rate of 7.3%.

Meanwhile, the retail industry in India is anticipated to rise to $1.4 trillion by 2026 and more than $1.8 trillion by 2030, owing to greater disposable incomes, urbanization, middle-class lifestyle changes, and enhanced digital connection and supporting infrastructure, according to the report.

However, Africa will drive future global retail development as the region transitions away from traditional retail patterns in the aftermath of the coronavirus outbreak.

According to the report, Africa would become “the world’s fastest-growing, richest, and most sophisticated market due to the expansion of favorable governmental policies, rapid digitalization, and considerable investment by both international and indigenous enterprises.”

“Large local retailers are already ahead of the curve, with some, like Majid Al Futtaim, declaring intentions to expand their footprint in countries like Kenya and Uganda, focusing on pricing, private label, and creating consumer loyalty,” Mr Dhedhi added.