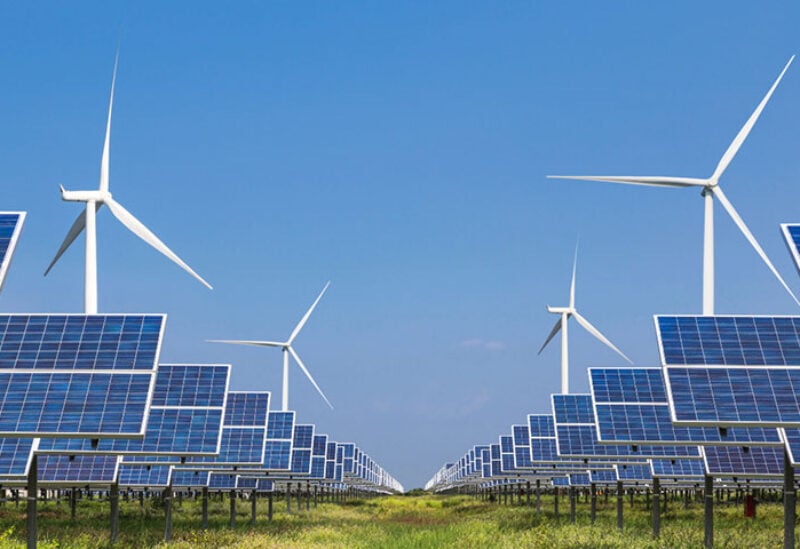 According to global wealth manager UBS, climate change and disruptive technologies will provide the best returns for equity investors over the next decade.

The bank said in its global investment outlook for the coming year that investors should look for opportunities in the net-zero carbon transition and the “ABC” of disruptive technologies — artificial intelligence, big data, and cybersecurity — over the next ten years.

“Achieving net-zero emissions is expected to necessitate $50 trillion in global renewables investment per decade until 2050, with 50% of emission reductions coming from underdeveloped technologies.” This opens up opportunities in green technology, clean air, and other fields.

According to UBS, 2022 will be a “year of two halves,” with high rates of economic growth and inflation in the first half of the year, followed by lower rates of growth and prices in the second half.

While the bank does not expect the US Federal Reserve to raise interest rates next year, it does see central banks gradually reducing their emergency monetary accommodation as the economic effects of the pandemic fade.

Tighter monetary policy from lenders such as the Bank of England, which is widely expected to raise interest rates this year and next, will not prevent investors from reaping the benefits of positive equity market returns.

“So, when we talk to our clients about the coming year, we want to make it clear that there will be some shift in terms of global growth over the course of the year.”

While the bank expects the US, Europe, and Japan to benefit from this shift, Mr Haefele believes that in the second half of the year, investors should also consider how emerging markets such as China have fared.

“They’ve really been laggards in this very strong growth period, and are they ready to take over?” he asked.

While leading economies around the world experienced a surge in growth in the middle of this year as they reopened following the pandemic, growth has since slowed as countries grapple with rising inflation, higher energy prices, and a supply chain crisis.

Solita Marcelli, chief investment officer Americas for UBS Global Wealth Management, stated that inflation has been the primary focus for the market and the bank’s clients over the past year, owing to the global price surge.

If supply chain disruptions continue or inflation expectations become de-anchored, inflation could “become more sticky” in some parts of the world, the IMF warned on Thursday.

Inflation in the United States, the world’s largest economy, is expected to fall in 2022, but policymakers should remain cautious due to potential upside risks, according to IMF spokesman Gerry Rice at a regular briefing.

“Continued high levels of US inflation may necessitate a more front-loaded policy response,” he said, “posing a systemic downside for both the US and the global economy.”

The surge, according to Marcelli, has “lasted longer than expected” and “remains a key risk” heading into 2022.

“However, we continue to view these price increases as a result of an exceptional surge in demand for goods during the pandemic, which has overwhelmed supply as well as logistics,” she added.

Inflation in the United States, the world’s largest economy, is expected to fall in 2022, but policymakers should remain cautious due to potential upside risks, according to IMF spokesman Gerry Rice at a regular briefing.

“Continued high levels of US inflation may necessitate a more front-loaded policy response,” he said, “posing a systemic downside for both the US and the global economy.”

The surge, according to Marcelli, has “lasted longer than expected” and “remains a key risk” heading into 2022.

“However, we continue to view these price increases as a result of an exceptional surge in demand for goods during the pandemic, which has overwhelmed supply as well as logistics,” she added.

“As the economy normalizes and pandemic threats fade, we expect demand to shift back to services; we’re all looking forward to more travel and dining out, which should alleviate supply chain pressures and price spikes.”

According to Ms Marcelli, supply chain issues will take “a quarter or two” to resolve, but port congestion is “not getting worse” and “seems to be nearing its peak.”

“From our perspective, supply chain issues will be much less of a story in the future for equity markets,” she said.

Instead, the market will be much more focused on the labor recovery, which is adding to inflationary concerns.

“Even though job openings are at record levels in the United States, we still have 5 million fewer people participating in the labor force,” she said.

“A few factors are at work here, with nearly 1.2 million people retiring early and unlikely to return.” In the midst of this ongoing school quarantine, a similar number of women have dropped out for childcare reasons.”

Furthermore, 500,000 people continue to test positive for Covid each week, but as vaccination rates improve, Ms Marcelli expects more workers to return to the labor market, with the lure of higher pay also luring staff back — with all of these factors helping to relieve wage pressure.

With energy prices expected to stabilize next year “at somewhat higher levels than today” as new production capacity comes online in key regions, the bank expects annual inflation in the US to fall to less than 2%, or 1.8%, by the end of next year, down from 6.5% at the end of 2021.

With all of this in mind, UBS’ core recommendation for investors is to buy the winners of global growth in order to capitalize on the robust output expected for the first half of next year. Investing in cyclical stocks, such as eurozone and Japanese equities, US mid-caps, global financials, commodities, and energy stocks, falls into this category.

The bank also advises investors to look for opportunities in health care, a defensive sector that will come to the fore as growth slows in 2022, and to seek unconventional yield as interest rates, bond yields, and credit spreads remain historically low.

For investors looking ahead 10 years, the bank sees clean energy, energy efficiency and digitalization, electrification, batteries, and bio energy as key areas to invest in.

Carbon capture, utilization, and storage, as well as hydrogen, will all become more prominent in the future.

“Sixty countries have pledged to achieve net-zero carbon emissions by 2050, accounting for approximately 55% of global emissions.” At the same time, the world’s energy consumption is expected to rise by nearly 50% by 2050, according to Ms Marcelli.

“We must remember that, while reducing emissions should increase renewable energy generation as a storage capacity, none of this will happen overnight.” The net-zero carbon transition is very likely to result in higher commodity prices and price volatility. As a result, investing in traditional commodities alongside green technology is a much more diversified and realistic way to navigate the trend.

According to UBS, the world is also dealing with technological disruption, aging populations, monetary and fiscal cohesion, and deglobalization, as well as increased political calls for wealth redistribution and environmental action.

According to the bank, the pandemic has accelerated the advancement of many of these themes, creating uncertainty but also compelling long-term investment opportunities, with combined revenues of the “ABC technologies” expected to grow to $620 billion in 2025, up from $384 billion in 2020.

“Capturing growth in these areas will necessitate investors looking beyond mega-cap tech stocks and focusing on mid-cap names that could be ‘the next big thing,’ as well as using private equities,” UBS said.