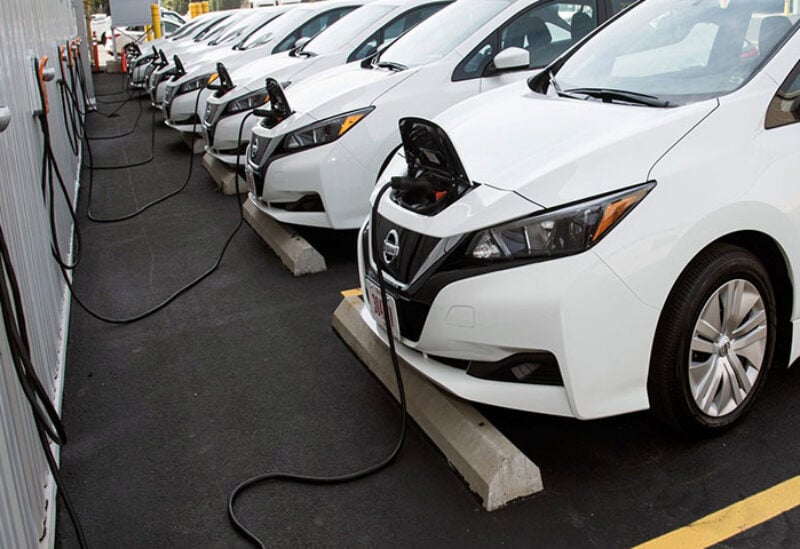 Electric car sales in the United Kingdom skyrocketed in 2021, accounting for one out of every four vehicles sold, while the market as a whole recovered slowly from the aftermath of the Covid-19 epidemic.

According to the Society of Motor Manufacturers and Traders, more electric cars were registered in 2021 than in the preceding five years, with 191,000 registered, a 75% increase from the 108,000 sold in 2020.

“It’s been another dreadful year for the auto sector, as Covid continues to put a gloom over any comeback.” “Manufacturers continue to face a slew of problems, including stricter trade agreements, faster technological transitions, and, most notably, a worldwide semiconductor shortfall that is decimating supply,” SMMT chief executive Mike Hawes said.

The epidemic wreaked havoc on Britain’s auto sector in 2020, with new car sales plummeting to their lowest level since the 1940s as Covid-enforced shop closures took their toll, resulting in a 29% drop in sales over 2019.

However, the anticipated rebound did not occur in 2021 as a result of the supply chain crisis, which resulted in a global chip shortage that halted manufacturing in factories throughout the world. Semiconductors are critical components in contemporary vehicles, with up to 3,000 utilized per vehicle.
The sole bright spot in last year’s data was the quick transition to electric transportation, with Tesla’s Model 3 leading the way with 34,783 cars sold.

Almost 18% of all new cars registered in 2021 will be able to be plugged in, in addition to the 147,246 hybrid electric vehicles (HEVs) registered, implying that 27.5 percent of the whole market is currently electrified in some form.

In December, petrol cars accounted for just 46% of all sales, while electric cars took a 26% share — the second-highest level behind the 33% recorded in April 2020 — with Tesla accounting for 36% of all new electric car purchases with 9,300 sales.

The brand also led the market overall in December, with a 9% market share, compared to 8% for Volkswagen and 7% for Audi.

The transition to electric vehicles will be welcomed by the government, which plans to restrict the sale of gasoline and diesel-powered vehicles by 2030 in order to assist the country reach its net zero aim by 2050.

Mr Hawes, on the other hand, slammed the government’s decision to limit the maximum amount of a subsidy to bring the cost of an electric car down to £1,500 from £2,500.

“It’s a muddled message,” he added. “It’s a tremendous goal to bring the entire market to net zero by 2030/2035.” Anything that casts doubt on that commitment does not benefit a consumer who is on the fence.”

“We need to accelerate the rollout of public on-street charging with set objectives, giving every driver, wherever they reside, the confidence that they may charge where and when they wish,” Mr Hawes added.

Separately, the RAC, the country’s largest motoring organization, has chastised fuel and diesel dealers for failing to pass on wholesale price reductions to customers.

Prices in the United Kingdom ended the year lower than in November, although cuts in wholesale gasoline costs in December have yet to be reflected in pump prices.

According to the organisation, retailers are making an average of £0.16 per litre on gasoline, rather than the customary £0.06 cents.

According to RAC fuel spokesperson Simon Williams, “the 10 pence additional retailers have added to their long-term margin of 6 pence a litre has resulted in petrol car users paying £5 million more each day than they would have previously.”

Grant Shapps, UK Transport Secretary, stated that the government had done its bit.

“I believe it is critical that merchants pass on these savings as well,” he continued.