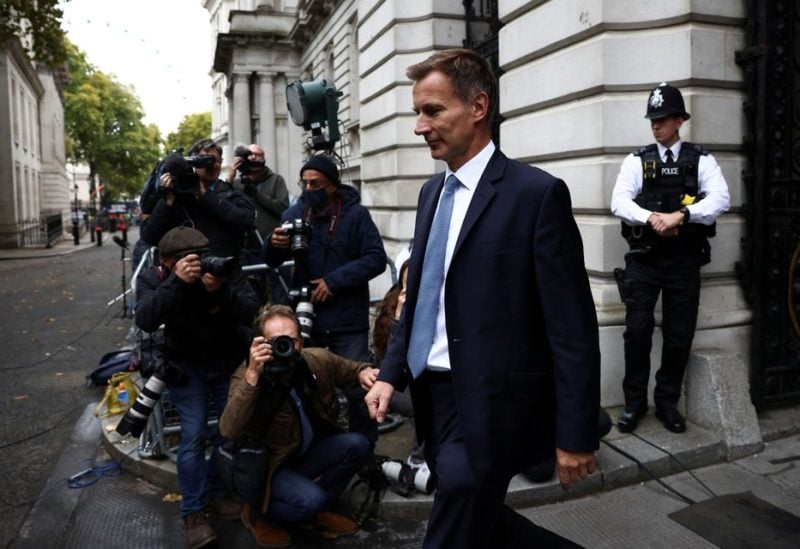 Jeremy Hunt, the new finance minister, vowed to restore Britain’s economic credibility by accounting for every pound of the government’s tax and spending plans, while assuring that Prime Minister Liz Truss remained in ultimate command.

Truss appointed Hunt on Friday in an attempt to save her leadership as trust in her capacity to lead the country dwindled inside her own Conservative Party as well as in foreign financial markets.

The knock on effects forced the Bank of England to make an emergency intervention to protect pension funds and drove up mortgage costs – adding to the squeeze on Britons’ finances.

“No government can control the markets. No Chancellor should seek to do that,” Hunt told BBC television in an interview broadcast on Sunday.

“There is one thing we can do and that’s what I’m going to do, which is to show the markets, the world, indeed people watching at home, that we can properly account for every penny of our tax and spending plans.”

Truss, who took over the Conservative Party leadership less than a month ago on a promise to cut taxes, sacked Kwarteng on Friday and abandoned crucial aspects of the policy they agreed on together.

The disarray has fueled anger inside the ruling party, which was already fragmented and behind the opposition Labour Party in popularity polls before Friday. Sunday’s newspapers were filled with reports about Truss’s replacement preparations.

“I believe the concept of lowering taxes on the exceedingly affluent at a time when – well, I simply think – I disagreed with the policy, but that’s up to Great Britain, not me,” he added.