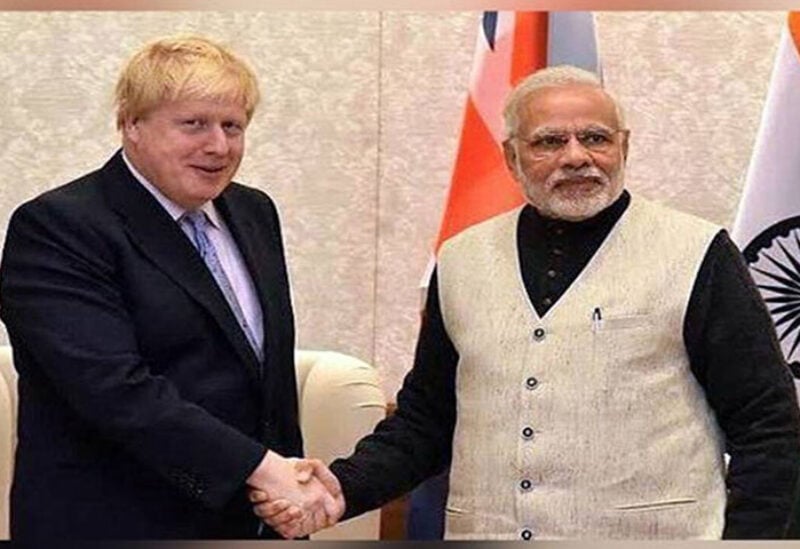 Johnson previously met with the Prime Minister of India

The new partnership will “pave the way” for a future UK-India Free Trade Agreement.

It includes more than $740 million of new investment from India into the UK, which is expected to create about 6,000 jobs.

“The economic links between our countries make our people stronger and safer,” said Johnson.

The deal, announced ahead of a virtual meeting with India’s Prime Minister Narendra Modi, includes a $333 million investment by the Serum Institute of India, which will support clinical trials, research and possibly the manufacturing of vaccines.

Serum has already started phase one trials in the UK of a one-dose nasal vaccine for coronavirus, in partnership with Codagenix.

“Each and every one of the more than 6,500 jobs we have announced today will help families and communities build back from coronavirus and boost the British and Indian economies,” said Johnson.

In recent years, the UK has sold more to Belgium or Sweden than India. But the government hopes that closer ties with one of the most populous and fastest-growing major economies could have huge long-term potential – especially as tensions with China mount.

It believes that this announcement, which boosts access to India for producers of British fruit and medical devices – and means investment in the UK from India’s vaccine producers – is just a taste of what could be achieved.

But economists warn that getting a full deal with Delhi that lowers tariff and non-tariff barriers won’t be easy. India is likely, for example, to want UK entry visa requirements for its workers and students to be eased.

Attempts by the European Union, Australia and New Zealand to strike free trade deals with India have all stalled.

But as that nation grapples with the economic damage caused by the pandemic and the rising threat from China, it may now take a more pragmatic approach to brokering an agreement.