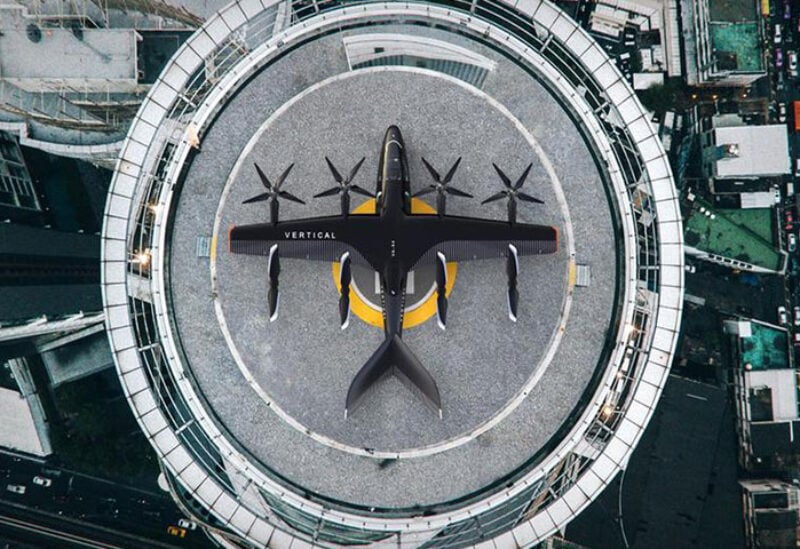 The company, which designs and builds electric aircraft that are “near silent”, can reach speeds of more than 300kph and have zero emissions, plans to go public in the second half of this year thanks to special purpose acquisition company (Spac) merger.

Fitzpatrick, who also founded energy company Ovo Group, said the aircraft would take to the skies in 2024, with the listing coming “at the most exciting time in aviation for almost a century”.

“Electrification will transform flying in the 21st century in the same way the jet engine did 70 years ago,” he said.

“The UK is already a global leader in aerospace innovation and we believe Vertical Aerospace will be the British engineering champion to drive the aviation industry forward.”

Flying taxis known as Vertical Take-off and Landing aircraft (eVOTLs) are earning traction across the globe as a flurry of companies enter the race to create low-emission travel over short distances.

The aircraft taxi is designed to accommodate only a few passengers, and ideal for wealthy commuters in congested urban areas or people planning a weekend getaway.

Similar to an electrified helicopter, the planes take off and land vertically but they are quiet, agile and emission-free as they use small electric rotors.

Fitzpatrick’s VA-X4 aircraft can travel up to 160 kilometres and will produce zero emissions “at low cost per passenger mile”, a major boon for the airline industry, which is under pressure over carbon emissions.