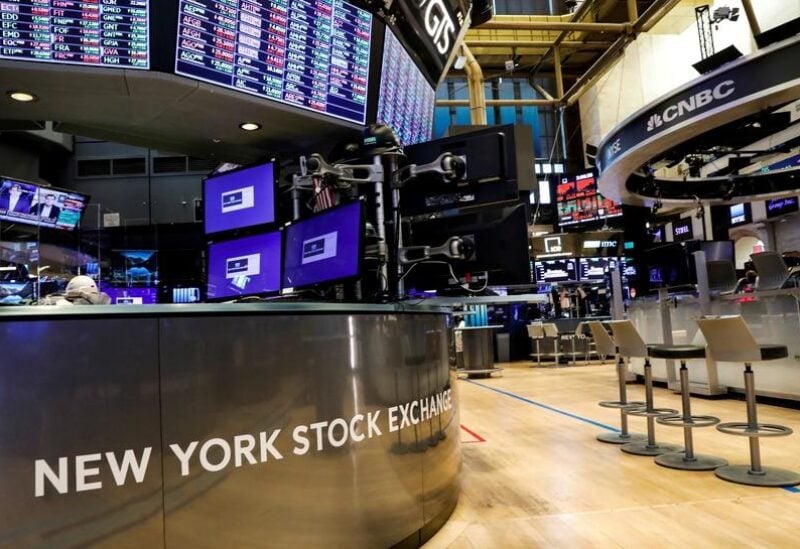 The Nasdaq ended higher on Friday, lifted by Facebook and energy shares, while the S&P 500 lost ground as U.S. Treasury yields took a break from a recent surge.

Reversing a recent trend, so-called growth stocks mostly outperformed value stocks viewed as likely to benefit most as the economy recovers from the coronavirus pandemic.

“What we see today is a more stable rate environment across the curve after multiple weeks of rising interest rates, and we are seeing some degree of reversal of leadership in the equity market,” said Bill Northey, senior investment director at U.S. Bank Wealth Management in Minneapolis.

Facebook Inc rallied 4.1% and provided the biggest boost to the Nasdaq and the S&P 500 after Chief Executive Mark Zuckerberg said Apple Inc’s imminent privacy policy changes on ad sales would leave the social network in a “stronger position.”

The S&P 500 banks index dropped 1.6% after the U.S. Federal Reserve said it would not extend a temporary capital buffer relief put in place to ease a pandemic-driven stress in the funding market.

“Banks have had such a significant up move this year and this news has only acted as a catalyst for profit taking,” said Art Hogan, chief market strategist at National Securities in New York.

Optimism about a $1.9 trillion fiscal package and the Fed’s promise to maintain its ultra-loose policy stance for years has accelerated a shift into economy-linked stocks, powering the S&P 500 and the Dow to record levels this week.

However, the Nasdaq is still about 6% below its Feb. 12 all-time closing high as technology and high-growth stocks have lost favor in recent months, with their valuations looking less attractive as Treasury yields rise. (Graphic: Nasdaq performance vs 10-year Treasury yield, )

Several bond managers believe the recent pace of the rise in yields has been unsettling and also worry the market could be viewed as disorderly if the momentum continues.

Trading was orderly despite Friday being quadruple witching, the once-in-a-quarter simultaneous expiration of various derivatives, which often spurs heavy trading volume and some volatility.

“I think you saw a lot of the movement yesterday with that big selloff at the end of the day. A lot of that was to do with people closing out positions,” said JJ Kinahan, chief market strategist at TD Ameritrade in Chicago.

Volume on U.S. exchanges was 16.5 billion shares, compared with the 14.4 billion average for the full session over the last 20 trading days.

Visa Inc fell more than 6%, erasing almost $30 billion of market capitalization after reports that the company is being investigated by the U.S. Department of Justice.

Nike Inc fell 4% after the sports apparel maker missed quarterly sales estimates due to shipping issues and a pandemic-related slump at brick-and-mortar stores.

Advancing issues outnumbered declining ones on the NYSE by a 1.25-to-1 ratio; on Nasdaq, a 1.70-to-1 ratio favored advancers.