With 99% of data sent by undersea cables, EU looks to ‘safer’ space alternative 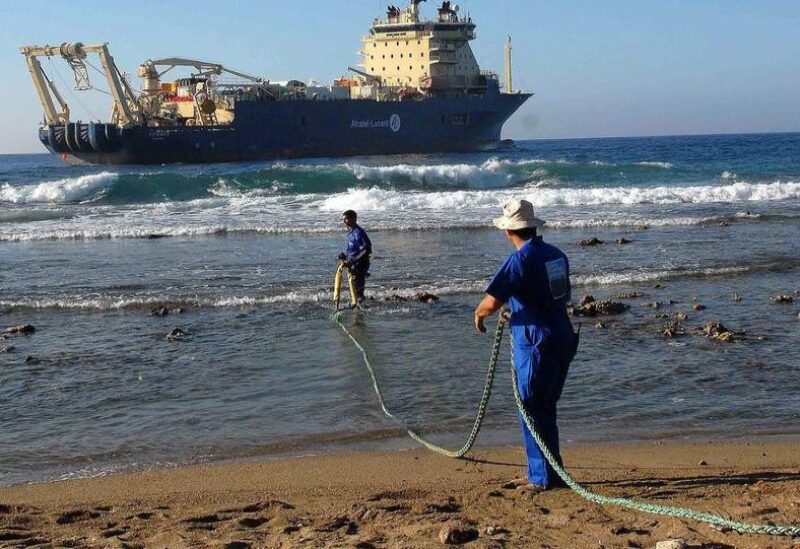 It was a rather unremarkable occurrence that caused little concern among the general people.

However, through the cables that connect continents and countries and carry 99 percent of international data, including phone calls and texts, a much higher stakes game is being played.

While conducting military maneuvers off the coast of Ireland this month, Russia is said to have come dangerously close to critical undersea communications cables.

According to Justin Sherman, a non-resident scholar at the Atlantic Council’s Cyber Statecraft Initiative, the drills indicate “an ignored part of a potential Russian escalation: an effort to blind the world to events happening in Ukraine.”

“Kiev and its allies must prepare for the potential targeting of internet cables,” he said, in addition to preparing for Russian cyber operations against Ukraine and other pro-Ukraine countries.

The European Commission stated this week that enough is enough on undersea cables, amid escalating geopolitical tensions around the world. It will switch to “backup” mode.

It announced a plan to invest $6.8 billion on internet satellites on Tuesday as part of measures to reduce the EU’s reliance on foreign corporations and protect data.

“Our new connectivity infrastructure will deliver high-speed internet access, serve as a backup to our current internet infrastructure, increase our resilience and cyber security, and provide connectivity to the entire European and African continent,” EU Industry Commissioner Thierry Breton said in a statement.

The vast project will be supported by the EU budget, EU countries, the European Space Agency, and private investors, and is slated to begin next year.

The announcement comes amid a flood of satellites en route to Low Earth Orbit (LEO), many of which are aimed at supplying high-speed internet to Earth, spearheaded primarily by Elon Musk’s Starlink company.

According to the United Nations’ Outer Space Objects Index, there were roughly 7,500 satellites in LEO as of September 2021.

Undersea cables are far from flawless, and satellites are quickly becoming the preferred option.

This undersea network is owned by a wide consortium of multinational corporations and provides high-speed internet connectivity that is important to global trade and communications.

According to Dr Chaouki Kasmi, head researcher of directed energy at the Technology Innovation Institute in Abu Dhabi, these companies use a “safety in numbers” approach, distributing their networks’ capacity across numerous connections in case one breaks.

Disruptions, on the other hand, are commonplace. According to Dr. Kasmi, almost 100 cable outages occur each year around the world.

“Most recently, the volcano eruption in Tonga has once again shown the weaknesses in our telecommunications system,” he remarked, alluding to the natural disaster earlier this month that ripped 80 kilometers of cable.

Two-thirds of all cable problems are caused by fishing vessels and ships dragging anchors, he noted.

The cost is high, with ramifications for the global financial system, commerce, and worker productivity.

According to one estimate from the International Cable Protection Committee, interruptions cost at least $1.5 million each hour of downtime.

“Not all countries are able to support cable installation due to the slow, arduous, and expensive process required for laying underwater cables,” Mr Kasmi added. “The cables have been chewed on by underwater organisms.”

Given these circumstances, it’s no surprise that satellites will be used to push submarine cables out. But, as Mr Kasmi pointed out, they have their advantages.

“These cables provide a number of advantages that support our continued dependence on them.”

For the time being, cables are less expensive than satellites.

“Because they are harder to tap, submarine cables are meant to give better bandwidth and low latency with excellent reliability and enhanced security,” he said.

The cables are also built to survive a quarter-century, whereas LEO satellites only have a 10-year shelf life.

We’re also getting better at detecting and repairing problems with undersea cables, including using autonomous underwater robots to discover and mend cable breakage.

“The geopolitical and secrecy components of these cables are the primary vulnerability issues that concern us today,” Mr Kasmi said.

Cables and satellites will “operate together to boost resilience until one of them becomes more economical than the other,” he predicted in the long run.

But, for the time being, there is no perfect system.