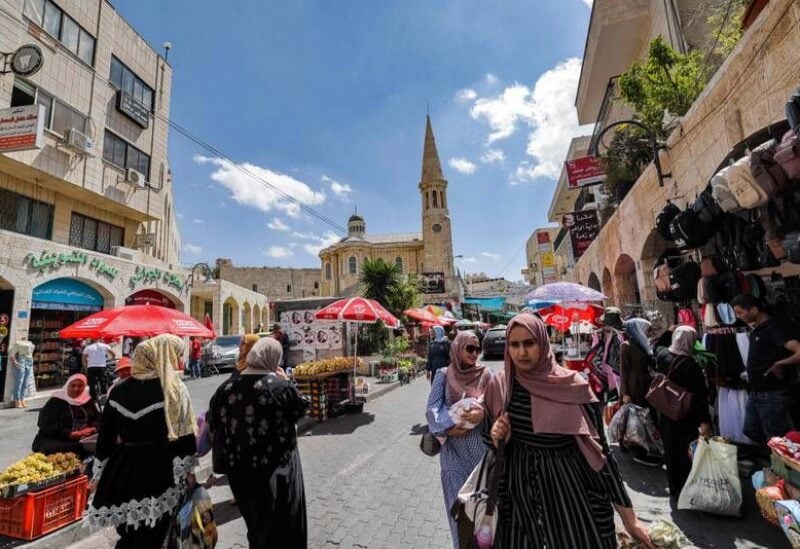 The World Bank is urging Israel to lift restrictions on telecoms and internet services in the occupied West Bank and Gaza Strip in order to strengthen the Palestinian digital economy, alleviate rising unemployment, and improve access to global markets.

According to the Washington-based lender’s latest Palestinian Digital Economy Assessment report, the Palestinian digital economy has not reached its full potential, making investments in ICT sectors critical, particularly during the current Covid-19 crisis, when many local businesses have moved online.

“It is now more crucial than ever to invest in the Palestinian digital economy.” It not only improves its competitiveness and access to global markets, while also providing jobs and a source of fiscal income, but it has also proven critical in times of crisis,” said Kanthan Shankar, World Bank country director for the West Bank and Gaza.

In the World Bank’s Mena Tech Digital Economy Assessment, the West Bank and Gaza were ranked below the average of other Arab nations, indicating that the internet transformation has been relatively gradual in recent years due to Israeli-imposed limitations on digital access. According to the worldwide ICT Development Index, the West Bank and Gaza have lower broadband penetration rates than the developing nation average.

Israeli restrictions on ICT equipment imports and mobile internet speeds — currently limited to 2G in Gaza and 3G in the West Bank, despite Israel’s introduction of 5G technology for its citizens — have been a “major impediment” to the establishment of digital infrastructure, connectivity, and high-speed broadband access, according to the Washington-based lender. These policies have caused network connectivity within the Palestinian territories as well as communication with the rest of the world to be delayed.

The World Bank research urged Israel’s government to give the necessary spectrum for Palestinian 4G and 5G installations before finishing Israeli 5G deployments.

The World Bank stated that strengthening the Palestinian digital economy will need a long-term political deal with the Israeli government in order to eliminate present constraints.

“Palestinians have all of the skills required to jump into the digital economy.” The PA’s national priorities include the development of the digital economy. As a result, it is critical to maintain strong political leadership on the digital agenda in order to allow institutional and cross-sector collaboration,” Mr Shankar added.

According to the World Bank, the PA could examine regulatory measures to improve market competitiveness, such as amending the legislation on e-transactions and creating regulations on consumer protection and cyber security.

“Increased investment and acceptance of digital financial services is critical to realizing the full promise of the digital era,” according to the research.

Cash and checks continue to dominate the economy, and e-commerce purchases are still mostly conducted via cash-on-delivery.

According to the paper, expanding the use of digital payments may substantially increase the efficiency of government institutions and digital enterprises while also making Palestinians’ lives easier.

According to the World Bank, digital transformation would also necessitate the upgrading of Palestinians’ skills and the support of the expansion of digital enterprises.

As more businesses and PA agencies begin to use digital services, the Covid-19 epidemic has hastened the demand for digital capabilities.

Improving digital skills will aid in the updating of curriculum and teacher training, as well as the formation of better linkages between higher educational institutions and industry, according to the research.

Digital firms can potentially generate new employment in Palestine, where 26.4 percent of the population, or almost one in every four, was jobless in the second quarter of 2021. In the West Bank, the unemployment rate was 16.9%, while in Gaza, it was 44.7%.

There is also a significant gender discrepancy in unemployment: just 17% of women participate in the labor market, compared to 68% of males, and the women’s jobless rate, at 42%, is nearly double that of men, according to the World Bank.

“Promoting the growth of digital enterprises would necessitate assistance programs to boost international market reach, strengthen the ability of support organizations [such as incubators and venture capital funds], and strengthen access to funding,” according to the World Bank.