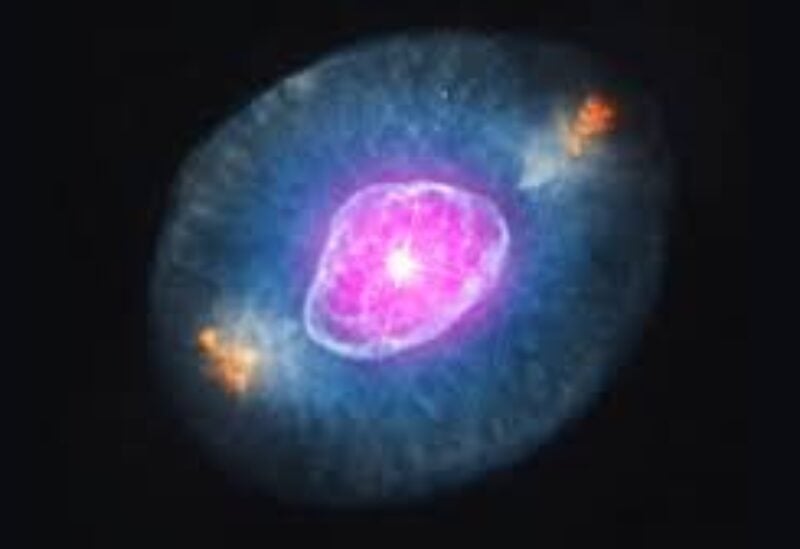 We know what is at the centre of our Milky Way Galaxy, a Supermassive Black Hole. The unimaginably huge gravity associated with this Supermassive Black Hole is the reason billions of stars in our galaxy are held ‘together’. It is this gravity that keeps the galaxy from splitting apart. Scientists have fascination about the galactic centre.

But now another object near our galactic centre has made scientists curious. A star named VVV-WIT-08 ‘blinked’. This is to say that it appeared to go out of existence before appearing again. The light coming out from the star dimmed by about 97 per cent before becoming bright again.

The ‘WIT’ in the star’s name above literally stands for ‘What Is This’.

Scientists think that the culprit behind this dimming effect is another star or planet surrounded by a thick opaque disk of dust. The researchers feel that the object is gravitationally bound to the star that appears to have ‘blinked’. However, they are not sure what is exactly coming between the star and our telescopes here on Earth.

“It’s amazing that we just observed a dark, large and elongated object pass between us and the distant star and we can only speculate what its origin is,” astronomer Sergey Koposov from the University of Edinburgh has been quoted as saying by EurekaAlert.

The research has been published in Monthly Notices of the Royal Astronomical Society.