April the giraffe, who became worldwide sensation for giving birth in 2017, has died 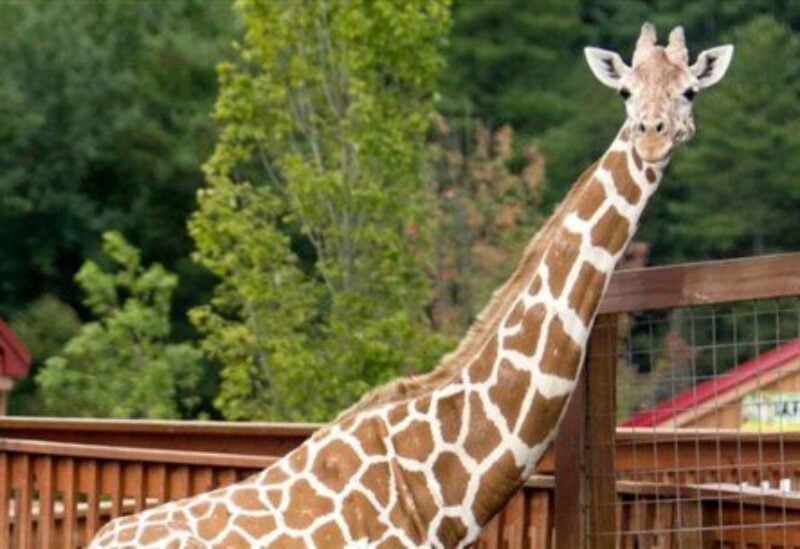 Jennifer Henderson and Alaa Elassar wrote this article in CNN:

April the Giraffe, who became an internet celebrity by giving birth on a YouTube livestream in 2017, has died at the age of 20.

The beloved animal was euthanized at the recommendation of her veterinarians due to her worsening arthritis, Animal Adventure Park in Harpursville, New York, announced in a Facebook post on Friday.

“We grieve with her many fans, near and far, as we say goodbye to the giraffe that can be credited with making a foothold for giraffe and giraffe conservation awareness in the 21st century,” the post read. “While her hoofprints in her yard will erode in time, the imprint she has made on the hearts of people around the world will never fade.”

The animal park has been April’s home for nearly six years. She had given birth to five calves, including Tajiri, the baby boy who made her famous. He was also the first calf to be born in the animal park, with 1.25 million people watching the livestream of his birth.

April’s veterinarians noticed the giraffe was showing notable signs of osteoarthritis in the summer of 2020. Despite their extensive efforts — which included joint supplements, pain medications, dietary changes, hoof trimming and padded flooring in her barn — she continued to lose mobility.

“To her keepers and our team here at the park, she is a precious member of our family, and while we knew this day would eventually come, our hearts are hurting,” Animal Adventure Park owner Jordan Patch said in a statement. “April’s impact on animal conservation and appreciation is both immeasurable and lasting.”

Her body has been escorted to the Cornell University Veterinary School for a necropsy, the park said. Following cremation, April’s ashes will be returned to the Animal Adventure Park.

April’s popularity helped raise awareness to the rapid decline of the giraffe population, which has dropped by 40% in the last 30 years, according to the park.

April and her children came as the number of giraffes decreased to fewer than 100,000, from more than 150,000, over three decades, the foundation says, according to the Giraffe Conservation Foundation.