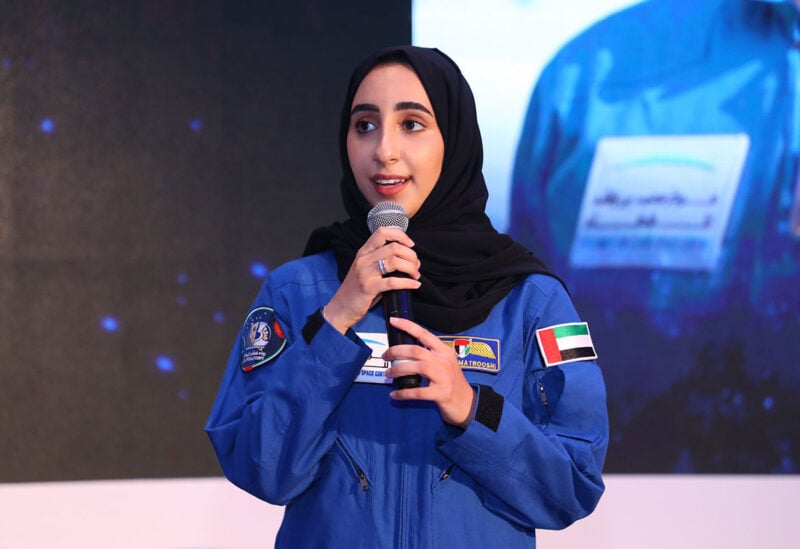 The UAE’s two new astronauts – including space travel’s first female Arab trainee – appeared together in public on Wednesday at a press conference in Dubai.

Nora Al Matrooshi, 28, and Mohammed Al Mulla, 33, were confirmed in April as the latest members of the country’s growing space corps.

The announcement was made by Sheikh Mohammed bin Rashid, Vice President and Ruler of Dubai, who said the pair would “raise the name of the UAE in the sky”.

The two are now colleagues of Hazza Al Mansouri, the first Emirati in space, and Sultan Al Neyadi.

They were chosen from 4,305 Emiratis who applied – including 1,400 female applicants.

For Nora Al Matrooshi, it is a giant leap forward for womankind.

She said securing selection was the realisation of a childhood dream.

“I’ve been working in the oil and gas field for several years, but my dream about becoming an astronaut never went away. This is a life-changing opportunity.

“The dream I’ve had since a child has come true. Now, I’ve started dreaming bigger.”

Space agencies are making progress in terms of gender equality in the space sector, which has been male-dominated since the early days of space exploration in the 1960s.

Mr Al Mulla is the youngest pilot at Dubai Police and has been flying helicopters at the force for many years.

He is looking forward to being part of the UAE’s space team.

“Being chosen is a huge responsibility. Nora and I will, together, make sure we represent our country as best as possible and work closely with the first batch of our astronauts to make sure we are a strong team.”

Both astronauts must undergo extensive training before they will be ready to etch their names in history alongside Maj Al Mansouri, who spent eight days aboard the International Space Station in September 2019.

As of now, Mr Al Neyadi and Maj Al Mansouri are prime contenders for any near-future flights.

“She could fly within this decade,” Mr Al Marri told The National.

“If we get an earlier flight, which would be in the coming years, we would select from the candidates we have available, which would be Hazza and Sultan. If that flight is later, then we’ll have four candidates.”According to The National News