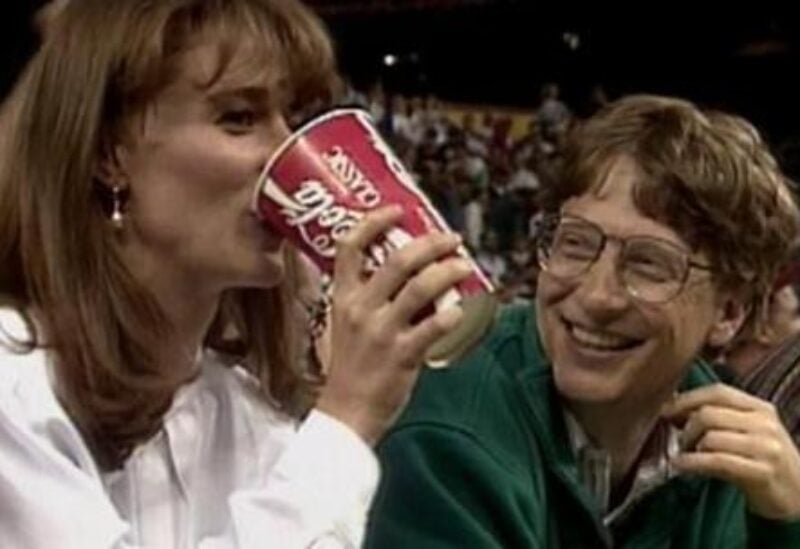 The divorce of Bill and Melinda Gates has sent shockwaves through China, where the Microsoft co-founder has achieved a level of fame unlike almost any other Western entrepreneur.

Weibo users fretted about everything, from how the couple would divide their massive fortune to whether the divorce would affect Microsoft or their charitable foundation. Through their philanthropic organization, the pair have spent $53.8 billion on global health, poverty alleviation and other initiatives. Bill Gates is worth about $146 billion, according to the Bloomberg Billionares Index , and the couple has pledged to give the vast majority of their wealth away to charity.

“You and Melinda have made huge contributions to people around the world. Even if you don’t hold hands together in future life, I hope your foundation can still continue and help more people,”one Weibo user   wrote, responding to a post on Bill Gates’ official Weibo account   that announced the divorce in Chinese.

While Bill Gates no longer runs Microsoft, the company has spent decades building goodwill with Beijing. Its products have a considerable presence in China, even as other Western tech companies have been locked out.

While Facebook is blocked, for example, Microsoft’s LinkedIn remains one of the few Western social media tools available in the mainland. The Bing search engine is also operational, while Google has been cut out for years.

And the success of the business has likely contributed to Bill Gates’ personal draw: He now has more than 4.1 million followers on Weibo, outnumbering Tesla CEO Elon Musk’s 1.7 million and Apple chief Tim Cook’s 1.4 million.

Even prominent tech figures in China joined the conversation on Weibo: Kai-fu Lee — the former head of Google China, who helped establish Microsoft Research Lab Asia, a hugely influential network in China — said it was hard for him to believe the news.

Bill and Melinda are “the most affectionate couple I’ve seen among celebrity entrepreneurs,” Lee wrote in a Weibo post.

The Bill and Melinda Gates Foundation set up its Beijing office in 2007 and has since then worked with the Chinese government on several domestic projects in the country, ranging from HIV intervention to poverty reduction.

Bill Gates himself has visited China more than a dozen times since the 1990s and cultivated friendly relations with top leaders. He was welcomed by former Chinese President Jiang Zemin in March 1994, right before China officially gained access to the Internet.

At that time, China was eager to open up its economy and catch up with the West in technology. The trip — during which Gates promised Jiang that Microsoft would help China develop its software industry — helped Microsoft accelerate its expansion in the Chinese market.

In 2006, Gates hosted former Chinese President Hu Jintao for dinner at his home in the Washington state.

And last year, Chinese President Xi Jinping wrote to Gates to thank him for his support in fighting Covid-19.

Gates was even hailed as “the Chinese people’s old friend” by the ruling Chinese Communist Party in 2018, a title that the Party occasionally uses for foreigners it recognizes as having a deep friendship with.

Meanwhile, on social media, some distraught Chinese users even remarked that the divorce had shaken their beliefs about marriage. The couple had been married for 27 years.

“Even you are divorced,” one person wrote, responding to Bill Gates on Weibo. “How can the rest of us have hope of entering a marriage?”