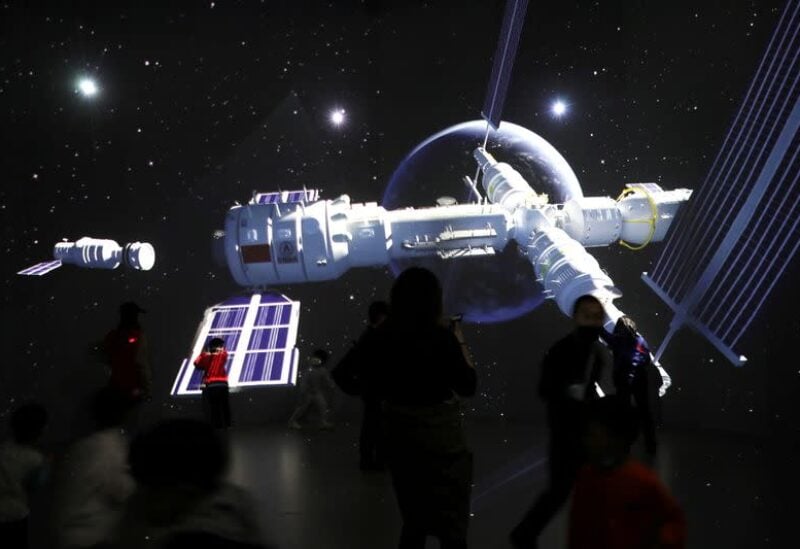 Visitors stand near a giant screen displaying the images of the Tianhe space station at an exhibition featuring the development of China's space exploration on the country's Space Day at China Science and Technology Museum in Beijing, China April 24, 2021. REUTERS

China launched on Thursday an unmanned module containing living quarters for 3 crew on a permanent space station that it plans to complete by the end of 2022, state media said.

The module, named “Tianhe”, or “Harmony of the Heavens”, was launched on the Long March 5B, China’s largest carrier rocket, at 11:23 a.m. (0323 GMT) from the Wenchang Space Launch Center on the southern island of Hainan.

Tianhe is one of 3 main components of what would be China’s first self-developed space station, rivaling the only other station in service – the International Space Station (ISS).

The ISS is backed by major countries including the United States, Japan and Russia. Beijing was banned from participating in the ISS by Washington.

Tianhe will form the main living quarters for 3 crew members in the Chinese space station, which will have a life span of at least 10 years.

The Tianhe launch was the first of 11 missions needed to complete the space station, which will orbit Earth at an altitude of 340 to 450 kilometres (211-280 miles).

In the later missions, China will launch the 2 other core modules, 4 manned spacecraft and 4 cargo spacecraft.

Work on the space station program started a decade ago with the launch of a space lab Tiangong-1 in 2011, and later, Tiangong-2 in 2016.

Beijing has prioritized space exploration in recent years, aiming to become a major space power by 2030.

By 2045, it hopes to establish a program operating thousands of space flights a year and carrying tens of thousands of tonnes of cargo and passengers.