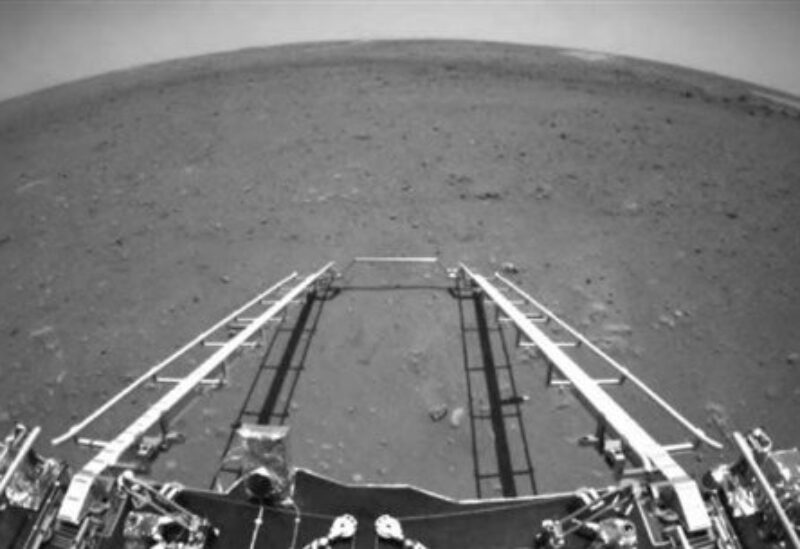 Less than a week after China became the second country to successfully land a rover on the surface of Mars, its Zhurong rover beamed back its first images Wednesday.

The two pictures, one a monochrome image from a fisheye lens and another in color showing a zoomed-in view of Zhurong’s array of solar panels, are the first pictures of Mars from China’s Tianwen-1 mission.

“As the international scientific community of robotic explorers on Mars grows, the US and the world looks forward to the discoveries Zhurong will make to advance humanity’s knowledge of the Red Planet,” Nelson said.

The Tianwen-1 mission, which launched in July, arrived at Mars in February. It orbited the planet for months before it sent its lander down last week.

Planitia Utopia, Zhurong’s landing site, is a vast, icy plain that was also the destination in 1976 of America’s Viking 2 lander, which was stationary.

Zhurong is about midway between Viking 2 and Perseverance, according to a map published by Nature.

In early March, NASA drove Perseverance, its newest Mars rover, off its landing craft and onto the Martian surface.