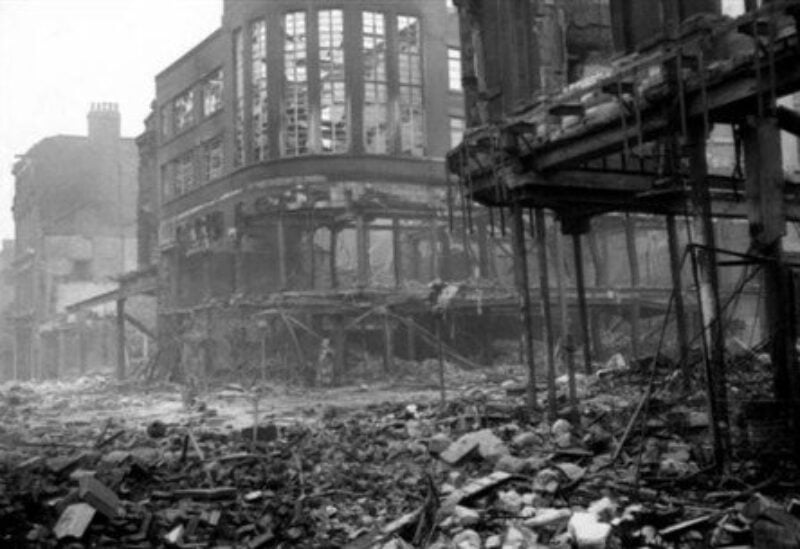 Residents of Swaythling, UK, were forced to evacuate their homes Tuesday over reports of a weapons enthusiast selling a live World War II-era explosive on eBay.

“We were made aware of the bomb after it was reported as being advertised for sale on eBay,” a spokesman for the Hampshire police, who had responded to the nail-biting scene, told the Daily Mail.

The 80-year-old incendiary device was reportedly being sold for around $20 by history buff Mark Williams. He described it on the auction site as a “WWII German incendiary bomb – genuine, authentic Southampton Blitz.”

Williams had reportedly discovered the footlong weapon — which the Nazi Luftwaffe used to drop on Southhampton throughout WWII — while scouring the grass flats of the town with a metal detector.

“He said he found the device buried about 6 inches underground, dug it up and took it into his flat,” said a neighbor, who had observed Williams in action. He had reportedly shown the combustible new trinket to his neighbors before taking it to his apartment and hawking it online.

Thankfully, the bombastic listing caught the eye of Ralf Sherwin, a security consultant and lifelong collector of war memorabilia, who knew “how dangerous these things are,” he said.

The Dorset native immediately messaged Williams — who goes by “Stick4186” on eBay — warning him, “Mate, do you realise that’s not de-activated — it’s live!”

When the nostalgic munitions monger asked how he knew, Sherwin explained that “you could see the iron oxide seeping out of the air holes.”

“In the nose there’s a detonator, and once that dries out, it will go off, and I told him he wouldn’t be able to put it out,” the weapons expert cautioned.

Unfortunately, Sherwin’s warning fell on deaf ears as “the idiot completely ignored me and carried on selling it,” he claimed.

After not receiving a reply for a half-hour, the Samaritan alerted the police, who promptly raided the house and arrested Williams. They cordoned off the area and evacuated residents, so the bomb squad could take the 2-pound device away and dispose of it in a controlled explosion.

“We worked closely with Hampshire Police to quickly identify and locate this seller, aiding the successful and safe disposal of the item,” an eBay spokesperson told the Daily Mail. They also made sure to remind the public that “dangerous weapons such as unexploded bombs are not allowed to be listed on eBay.”

Despite potentially causing a retroactive boom, Williams has “been released and no further action will be taken against him,” according to the Hampshire police.

Sherwin, for one, is relieved that he was able to alert authorities to the bomb’s presence.

“I’d never have forgiven myself if I’d done nothing and then read about a family being wiped out in a house fire,” he said.

This isn’t the first time old-school ordnance has almost resulted in a bang.

This past December, German authorities were forced to disarm an unexploded 1,100-pound World War II explosive that turned up at a construction site in a trendy Frankfurt neighborhood.