‘Eternal love locked in an embrace’: 1,500-year-old remains of a Chinese couple discovered 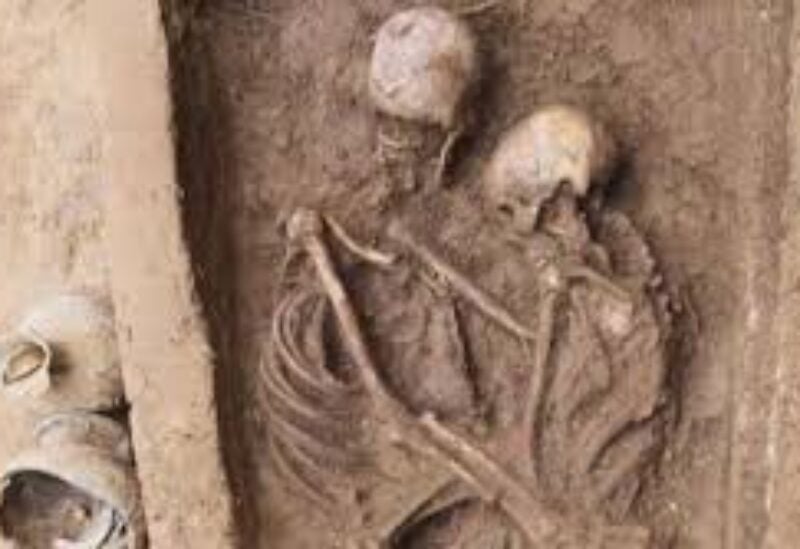 Love has always been depicted as an important part of human emotions,  this was translated by art , literature and  folklore. Despite this, direct skeletal evidence of love in an archaeological setting is rare.

Recently, the skeletal remains of a male and female were found in a joint burial from the Northern Wei Dynasty (386-434 CE). While excavating the Shanxi province in northern China, workers discovered them in June 2020.

Grasping each other in an embrace of eternal love, the two skeletons’ position suggested a close bond. The pair was found lying on their sides, and the woman was nuzzling her nose into the shoulder of the man. Their arms circled each other, holding the waist of the other.

This is the first burial arrangement of its kind discovered in China and may reflect a change in Chinese attitudes toward love and its physical expression during the Northern Wei Dynasty (386-534).

At the time of his death, the man is estimated to have been aged 29 to 35. He was 5 feet 4 inches tall and was suffering from a broken arm, an absent ring finger on his right hand, and also had issues with his feet.

The woman is estimated to have been between 35 and 40 years old at the time of her death and stood 5’2″ tall.

While there’s no information about how the couple ended up in the same grave, the International Journal of Osteoarchaeology suggests the wife may have sacrificed herself to be buried with her dead husband, but other scenarios were also possible.

According to the researchers, an example of human emotion in burial, this grave is a rare opportunity to see how northern Chinese people viewed love, life, death, and beyond during times of cultural flux and ethnic exchange.

The paper’s abstract as published on researchgate website says that “this funerary practice might have been influenced by the customs from the Western Regions and beyond through the Silk Roads and the sinicization and assimilation of the Xianbei people.”

The cemetery contained approximately 600 graves from Xianbei. Additionally, ceramics were also discovered in the cemetery.