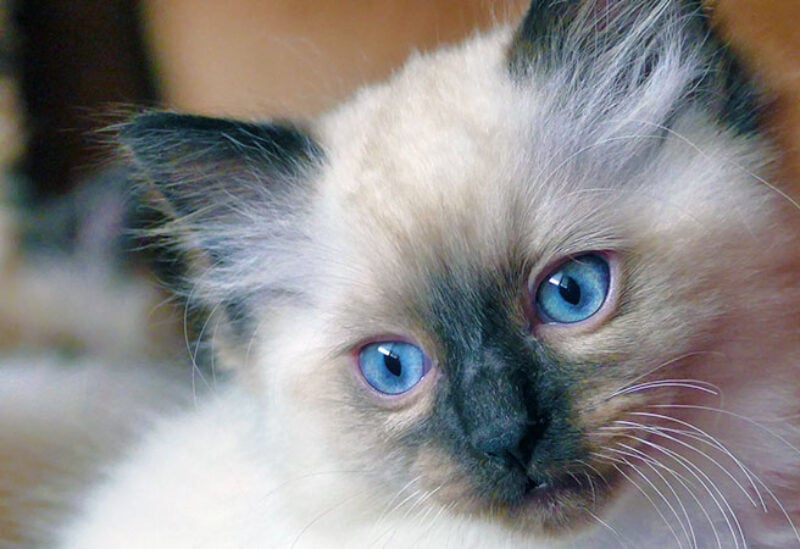 Scientists have revealed that a kitten had to be put down after catching COVID-19 from its owner during the UK’s first wave, the MailOnline reported on Friday.

The kitten was a four-month-old Ragdoll that was rushed to the vet in April 2020 as it was struggling to breathe.

Its condition worsened in the following days and the kitten had to be put down, with post-mortem tests revealing it had lung damage from viral pneumonia and signs of infection with COVID-19, which causes the condition.

The owner suffered from coronavirus symptoms the month before but couldn’t get tested, and scientists concluded they had passed the virus to their pet.

A second case, both of them reported by experts at the University of Glasgow, saw a 6-year-old Siamese cat also contract the virus from its owner in May but then go on to recover.

The scientists said there is no evidence that pets can spread the virus to humans but the connection needs investigating so it doesn’t trigger future outbreaks.

In South Korea, officials have even developed a testing and quarantine system for pets that develop symptoms of the virus.

Animals are known to be susceptible to the virus – it is believed to have emerged in bats and other small mammals, and caused outbreaks on Danish mink farms – but it’s unclear how sick it makes them.

“These two cases of human-to-animal transmission, found in the feline population in the UK, demonstrate why it is important that we improve our understanding of animal SARS-CoV-2 infection,” said Glasgow’s Professor Margaret Hosie.

Professor Hosie led the study and said cases of COVID-19 have been found in many types of cat as well as hamsters, dogs and ferrets.

Her research found coronavirus infections in cats had been found in at least 15 countries during the pandemic, including the UK, Spain, the U.S., France and Germany.

Both the animals in her study had symptoms of the infection – the Ragdoll developed pneumonia and struggled to breathe, while the Siamese cat had a runny nose and conjunctivitis in its eyes. Both their owners had coronavirus symptoms, too.

They were found in a batch of 387 tests done on cats that had similar symptoms, of which 19 were estimated to have come from homes where people had COVID-19.

The two were the only positive results, suggesting the cases are rare, and the Siamese cat even lived in the same house as another cat that tested negative.

“This is a very rare event with infected animals detected to date only showing mild clinical signs and recovering within in a few days,” England’s chief veterinary officer, Christine Middlemiss, said at the time.

Professor Hosie said it was vital to know whether creatures could spread the virus back to people.

It’s possible they act as a “reservoir” for the virus without being noticeably sick, meaning they carry it around, but not clear if it can be transmitted to people.

Her concern was that, if pet-to-owner transmission is possible, it could be a source of future outbreaks.