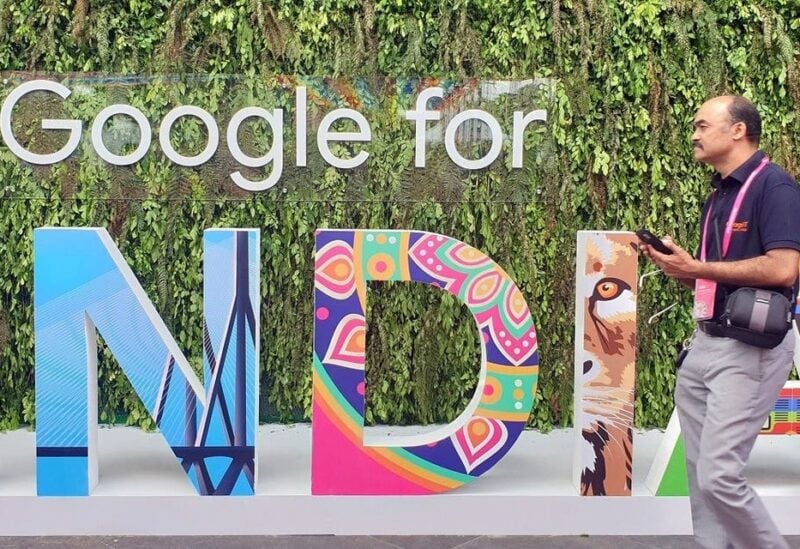 A man walks past the sign of "Google for India," the company's annual technology event in New Delhi, India. (Reuters)

Alphabet Inc’s Google on Thursday said it was suing the Competition Commission of India (CCI) following the leak of a confidential CCI report into an antitrust investigation of the US tech giant.

The Times of India newspaper, and then Reuters, reported on Saturday that a CCI investigation had found Google abused the dominant position of its Android operating system in India, using its “huge financial muscle” to illegally hurt competitors.

Google said last week it looked forward to working with the CCI to “demonstrate how Android has led to more competition and innovation, not less.”

In Thursday’s statement the company said it had filed a legal challenge against the CCI at the Delhi High Court “to prevent any further unlawful disclosures of confidential findings.”

Google said it was “protesting against the breach of confidence which impairs Google’s ability to defend itself and harms Google and its partners.”

“We cooperated fully and maintained confidentiality throughout the investigative process, and we hope and expect the same level of confidentiality from the institutions we engage with,” its statement added.

The CCI did not immediately respond to a request for comment on the legal action.

A Google spokesman declined to comment on whether it had sought cease and desist orders on further media coverage of the contents of the CCI report.

India’s antitrust authority ordered a probe in 2019, saying Google appeared to have leveraged its dominance to reduce device makers’ ability to opt for alternate versions of its mobile operating system and force them to pre-install Google apps.

Its 750-page report subsequently found the mandatory pre-installation of apps “amounts to imposition of unfair condition on the device manufacturers” in violation of India’s competition law.

The report, which has been seen by Reuters but which is not public, also found the company leveraged the position of its Play Store app store to protect its dominance.