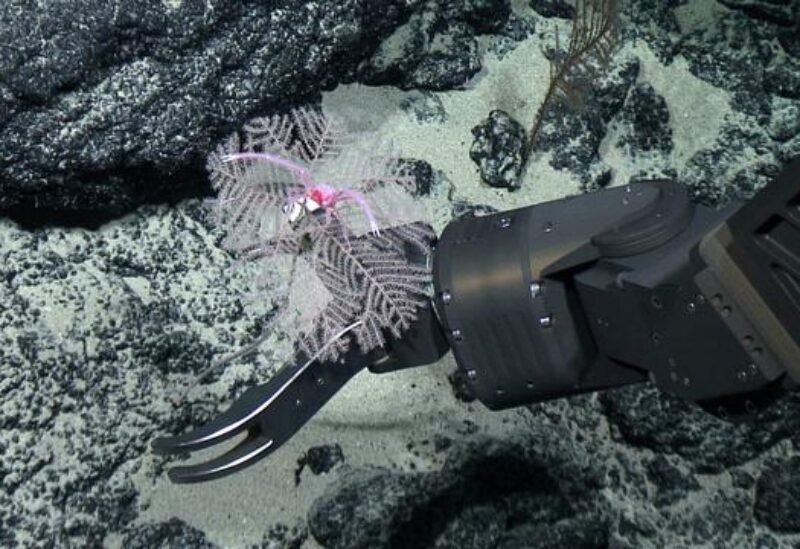 FILE PHOTO: Black coral species Umbellapathes litocrada is seen in this handout photo from 2015 obtained by Reuters on October 28, 2020.

Google, Volvo, BMW and Samsung SDI are the first global companies to have signed up to a World Wildlife Fund (WWF) call for a moratorium on deep-sea mining, the WWF announced on Wednesday.

In backing the call, the companies pledge not to source any minerals from the seabed, to exclude such minerals from their supply chains, and not to finance deep seabed mining activities, the fund said in a statement.

Deep-sea mining would extract copper, cobalt, nickel, and manganese – key materials commonly used to manufacture batteries – from potato-sized nodules which pepper the sea floor at depths of 4-6 kilometres and are particularly abundant in the Clarion-Clipperton Zone in the North Pacific Ocean, a vast area spanning millions of kilometres between Mexico and Hawaii.

In a statement, the WWF said: “with much of the deep sea ecosystem yet to be explored and understood, such activity would be recklessly short-sighted.”

The moratorium calls for a ban on deep seabed mining activities until the risks are fully understood and all alternatives are exhausted.

BMW noted that raw materials from deep-sea mining are not currently “an option” for the company because there are insufficient scientific findings to be able to gauge the environmental risks. Volvo and Google did not immediately respond to emailed requests for comment.

In the meantime, deep-sea mining firms are pushing ahead with preparatory work and research on seabed licence areas.

Companies that hold exploration licences for swathes of the seabed, including DeepGreen, GSR and UK Seabed Resources – a subsidiary of Lockheed Martin’s UK-based arm – hope to eventually sell minerals from the sea floor to battery companies and carmakers.

DeepGreen, which recently announced plans to go public in a merger with a special purpose acquisition company (SPAC), has previously announced that seabed mining will be more sustainable than mining on land as it creates less waste and the nodules containing minerals have higher concentrations of metals than deposits found on land.

Meanwhile Norway has said it could license companies for deep-sea mining as early as 2023, potentially placing it among the first countries to harvest seabed metals.