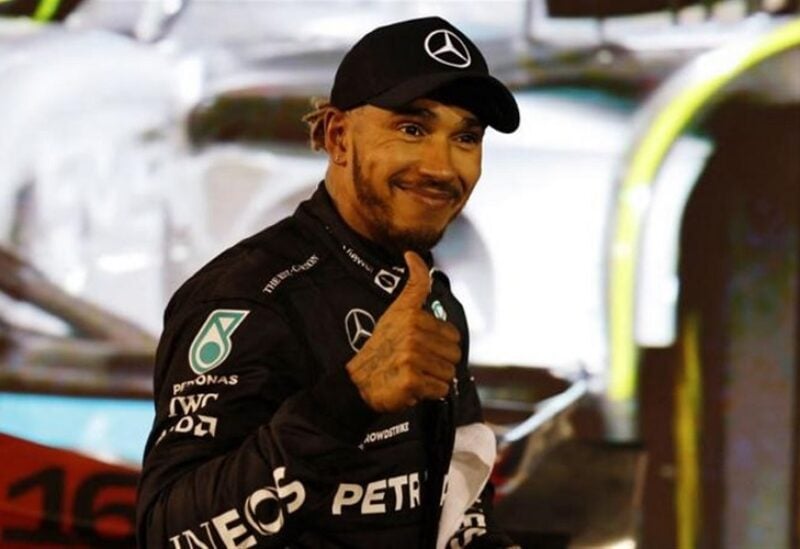 Lewis Hamilton has won a record 103 Formula One grands prix but Mercedes’s seven-times world champion was all smiles in Bahrain on Sunday after third place exceeded his expectations.

“This is really the best result we could have got,” said the Briton after a season-opening race that looked sure to be a struggle after he started fifth behind the Ferraris and Red Bulls.

Champions Mercedes have started the sport’s new era on the back foot, Hamilton and team mate George Russell wrestling with a bouncing car and warning fans that rivals were clearly quicker.

“I woke up this morning hoping — super, super hoping — that we would have a chance to fight, have a car that’s better than we think or something like that but we did struggle in the race,” said Hamilton.

The 37-year-old had qualified some seven-tenths of a second off Leclerc’s pole time and looked set to stay fifth until the Red Bull pair were removed from the reckoning.

“Whilst we’re currently not necessarily performance-wise fighting with these guys, this is not damage limitations but just a really, really great result,” said Hamilton, winner of the previous three Bahrain Grands Prix.

“Of course we were fortunate but ultimately we’ve done a better job, we have better reliability.”

Team boss Toto Wolff said putting both drivers on hard tires had been a wrong move like putting a “hand down the toilet” but the end result was “fantastic” for a team chasing a ninth successive constructors’ championship.

“If we would have come in last year third and fourth it would have been very frustrating but this year I think we are punching above our weight class,” said the Austrian.