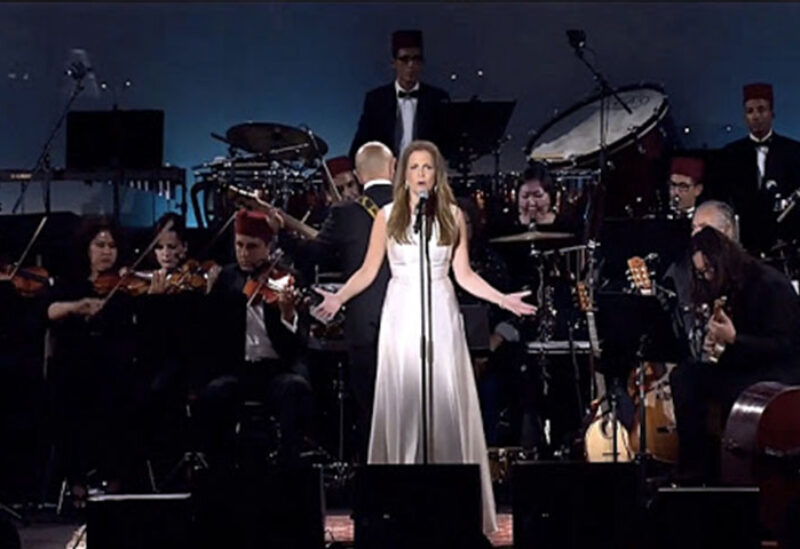 Lebanese International Soprano Tania Kassis released today an English song entitled “Land For All” in collaboration with the UN Information Centre in Beirut.

This song, which is the English version of her Arabic song “Al Ardou Lil Jami3”, is a blend of both western and eastern tunes and was written by Tania Kassis herself and composed and arranged by Michel Fadel with an adaptation of a small part of the famous “O Fortuna” from Carmina Burana by Carl Orff. It revolves around promoting humanitarian values and combating violence and war. It also calls for working on achieving peace and security, eradicating poverty and helping the most vulnerable. The song was recorded by the Kiev Philharmonic Orchestra, with the participation of a choir composed of more than 100 singers.

Tania sang the Arabic version of the song for the first time as a “World Premiere” at Le Palais Des Nations in Geneva.

UNIC Beirut Director Margo Helou thanked Kassis for releasing the English version of the song at this critical time of unrest in Lebanon and the region. “Land For All is very timely and needed to advocate for peace and security, humanity and non-violence,” Helou said. She emphasized the meanings the song holds with respect to opening up to others and helping the most vulnerable, “and those are principles upheld by the United Nations.”

“Land For All is a call for international solidarity that we hope will touch the heart of thousands of people all around the world though this collaboration with the United Nations, as it revolves around promoting humanitarian values and fighting violence and war” said Tania Kassis. “It calls for working on achieving peace and security, eradicating poverty and helping the most vulnerable.”