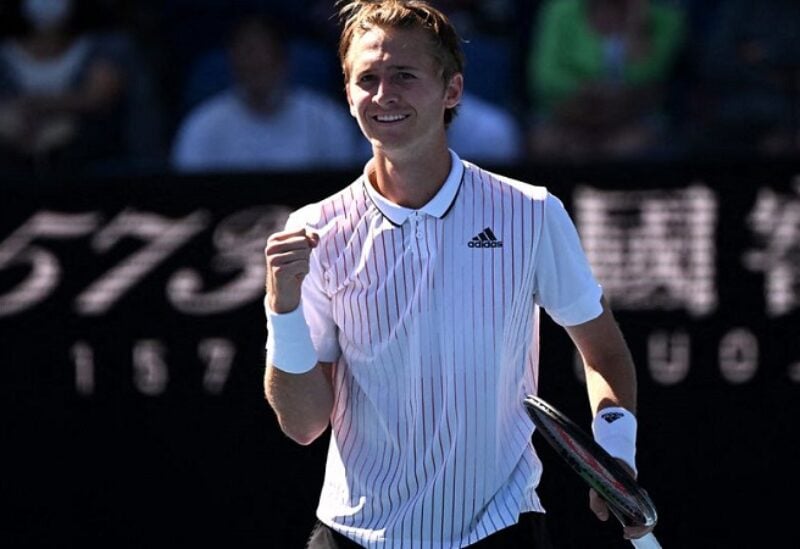 Sebastian Korda’s disrupted build-up to the Australian Open did not appear to hinder his performance in the first round of the Grand Slam as he dispatched British number one Cameron Norrie with relative ease on Monday.

The unseeded American tested positive for COVID-19 after landing in Adelaide earlier this month and was forced to withdraw from two warm-up tournaments and was confined to hitting tennis balls in his hotel room while isolating.

“It wasn’t easy. I didn’t get a lot of preparation, didn’t get any matches under my belt. But, yeah, just super happy with the way I came out,” said Korda, son of former Australian Open winner Petr and brother of the LPGA’s number one golfer Nelly.

“I tested two days before I came to Australia, day before I came, and then on arrival I had a positive test. Luckily no symptoms, which was great for me… I tried to play tennis. It didn’t work out in some situations.

“It’s always special (playing in Australia) with a lot of history in the family here, my dad winning here and then both my sisters winning the Australian women’s golf tournament. It’s a lot of success here.”

Norrie’s preparations were also disrupted after contracting COVID-19 over the Christmas break but the Briton said he could not work out specifically what went wrong despite feeling good physically.

The 26-year-old rose through the world rankings last year and won his first ATP title in Mexico but was unable to carry that form into the new year.

“I think that’s maybe my worst match in the last eight months or so,” Norrie said. “I had a week off to prepare, prepared as well as I could, and just I was slow. I was missing routine backhands, which I never miss.

“I honestly can’t put a finger on it. I just need to get better and improve. Lots to work on… (It’s) a disappointing way to start the year.”