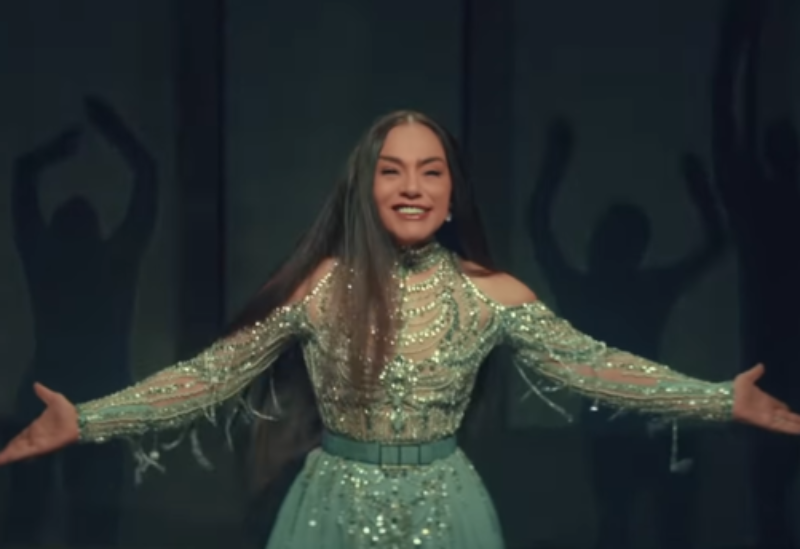 Iconic Egyptian actress Sherihan is back. After a 20-year-hiatus, the famed television star, who is beloved the world over for her “Fawazeer” series that traditionally aired during Ramadan, returned to our screens in an advertisement for Vodafone Egypt that marked the first day of the Holy Month.

In the ad, the trained singer and dancer wore a design by Lebanese couturier Zuhair Murad who created a bespoke look for the actress.

Directed by Ahmed Shaker Khudai, the nostalgic, four-minute ad tells the story of Sherihan’s career, starting with her very first Ramadan fawazeer in 1985 –  a riddle show that started on Egyptian radio in the 1960s, which soon moved into television–  until her car accident in 1989, followed a years-long battle with cancer.

Murad took to Instagram to share his excitement over Sherihan’s on-screen return, writing: “After more than 20 years @sherihanofficial makes an impressive comeback with an ad for @vodafoneegypt that leaves a strong impression and takes the social media by storm,” adding “The star is wearing custom made @zuhairmuradofficial. The ad portrays her resilience in a journey that was filled with ups and downs.”