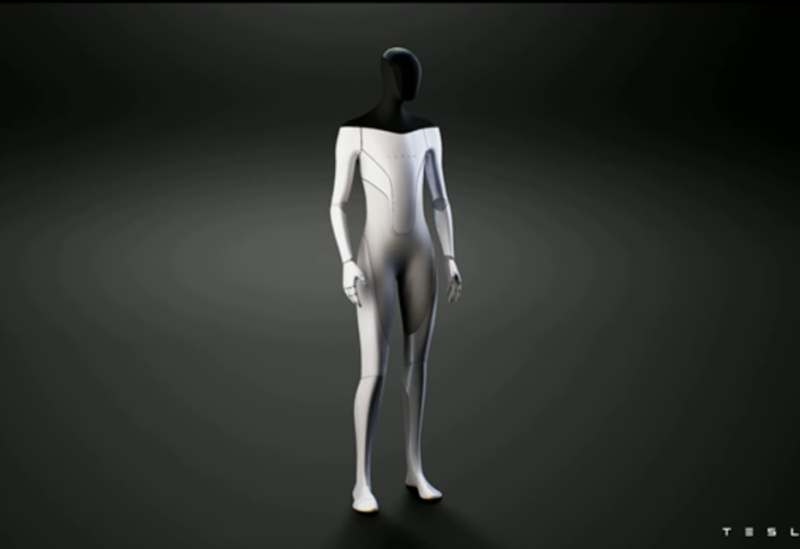 Screengrab from the Tesla livestream unveiling the Tesla Bot.

The robot with a human-like appearance would carry out the work people like to do least, with “profound implications for the economy,” Musk said at the company’s AI Day event on Thursday.

Tesla unveiled at the event chips it designed in-house for its fast computer, Dojo, to train its automated driving system.

Musk said Dojo would be operational next year.

Join us to build the future of AI → https://t.co/Gdd4MNet6q pic.twitter.com/86cXMVnJ59