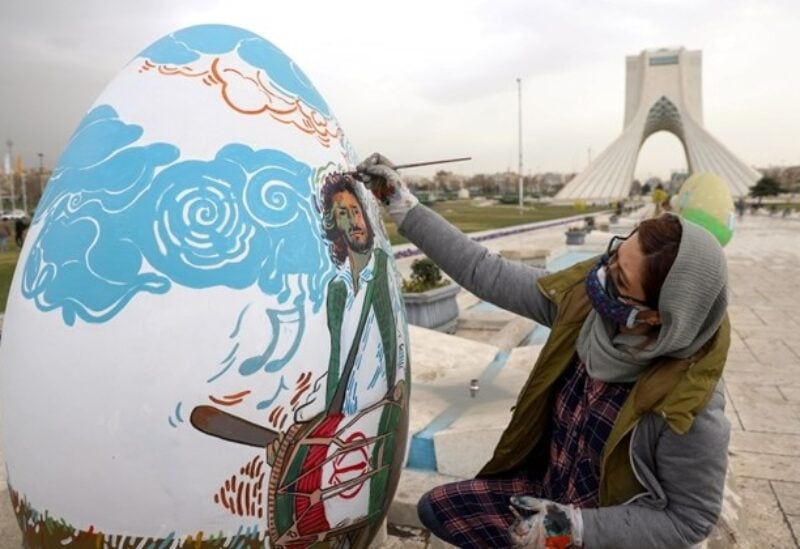 TEHRAN: Battered by punishing US sanctions and the Covid-19 pandemic, Iranians are readying for a gloomy Nowruz, the traditional Persian New Year festival that is at the heart of national culture.

A depressed economy, fast rising prices and some travel restrictions have left most Iranians in no mood to celebrate what is usually a time for families to get together and enjoy lavish feasts.

Iran’s springtime festival begins Saturday at precisely 1:07 and 28 seconds pm, which marks the start of the year 1400 of the calendar the Islamic republic inherited from ancient Persia.

Nowruz symbolises rebirth and is when people wish one another “Nowruz Mobarak” (Happy New Year) across Iran and elsewhere, including the Kurdish regions of several nearby countries and parts of Afghanistan.

In Iran, the run-up to the festival has seen the usual traffic jams and people heading to shops and markets — but the crowds have appeared smaller than in past years and the festive spirit muted.

“The influx is misleading,” said Mina, a 48-year-old nurse, at Tajrish Bazaar in north Tehran, dressed in red as Hajji Firouz, the folkloric character whose dance and songs herald the New Year.

“People really care about the Nowruz tradition,” she said, adding however that this year “they only buy one small symbolic item for the New Year as they cannot afford the sabzi polo (rice with fava and herbs) and fish.”

Many struggling families won’t host their relatives and friends for the usual sweet or savoury snacks either, she said, lamenting that there will be “no pistachios, cakes and fruits at home”.

Last year already Nowruz was a downbeat affair as Iran suffered under an avalanche of economic sanctions unleashed from August 2018 by then US president Donald Trump.

Iran was also already hit by what has become the region’s deadliest outbreak of Covid-19. The virus has now killed more than 61,500 people according to the official, widely underestimated, death toll.

The health crisis has deepened the economic and social pain brought by Trump’s sanctions, while the plummeting value of the national currency has further put the squeeze on families.

In mid-March, the interior ministry judged the economic consequences of the virus in Iran to be “immense”, claiming that “more than one million” people had lost their jobs because of the pandemic.

“As the holiday approaches, the price of fruit and other items is very high,” supreme leader Ayatollah Ali Khamenei acknowledged on March 5.

“Unfortunately, the living conditions of the people are not good today. It has caused us great sorrow.”

Discontent with President Hassan Rouhani’s moderate-reformist government is being more openly expressed in the streets, three months before elections to choose his successor.

“In my opinion, those in charge of running the country really haven’t done much and this is now an unfortunate situation for everyone,” Ali Saqafi, a 36-year-old physiotherapist, told AFP.

It is a similar picture in the provinces. “This morning I noticed long queues, in order to buy food in particular,” said Farhad, a 44-year-old artist reached by phone in the western city of Kermanshah.

“The handicraft, gift and souvenir stores are quiet,” he added, even though Nowruz is normally an occasion to exchange presents.

Before Covid-19, the two-week New Year’s holidays saw half the country take to the road for family reunions and tourist trips.

Given the public health crisis, Iranian authorities have not banned travel nationwide as they did in 2020, but they are discouraging it, and some “red” areas are effectively quarantined.

Many citizens simply can’t afford a holiday away anymore.

Speaking from central Esfahan, the country’s third largest city and a major tourist centre, 40-year-old shopkeeper Kamal said: “I have seen tourists… but very few, and nothing like in previous years.”

Roja, a French teacher in the city, was a little more upbeat.

“There is a scent of Nowruz and of life,” she said, “unlike last year when everything was dead.”