‘Our heroes’: Saudi Arabia sends its largest ever delegation to Tokyo Olympics 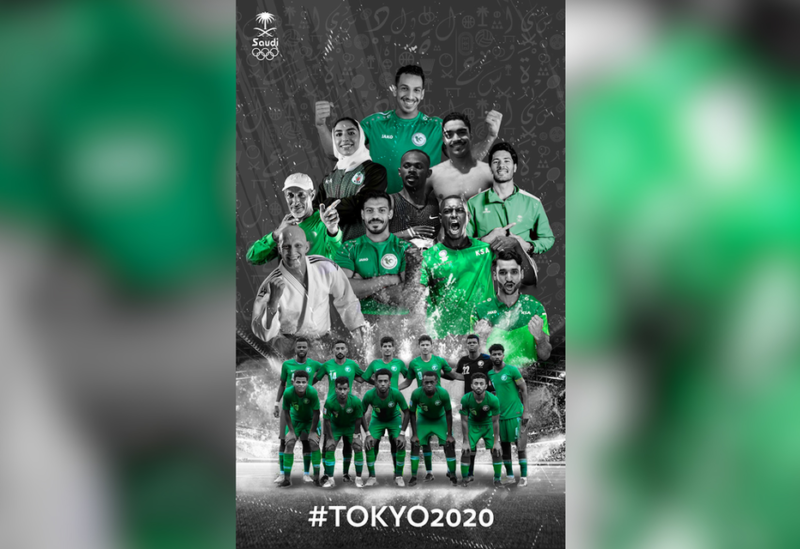 The athletes who will represent Saudi Arabia at the Tokyo Olympics. (Twitter)

Saudi Arabia is sending its largest delegation of participants in the history of the Olympic Games to Tokyo to represent the Kingdom, the Minister of Sports Prince Turki al-Faisal announced on Tuesday.

A total of 10 athletes and the national Olympics football team will compete in several games at the Tokyo Olympics, being held from July 23 to August 8.

“With the blessing of God, and with the unlimited support of Custodian of the Two Holy Mosques King Salman, and the keenness and follow-up of Crown Prince Mohammed Bin Salman, the largest ever mission of Saudi Arabia in the history of Olympics will be available for Tokyo Olympics 2020,” Prince Turki wrote on Twitter.

The athletes are set to compete in eight events including, karate, weightlifting, archery, athletics, rowing, swimming, judo, and table tennis.

On Tuesday, the Vice President of the Saudi Arabian Olympic Committee met with the athletes and congratulated them on their qualification for the Tokyo Olympics.

Dozens of Saudi Arabians took to social media to congratulate the athletes and wish their “heroes” good luck.