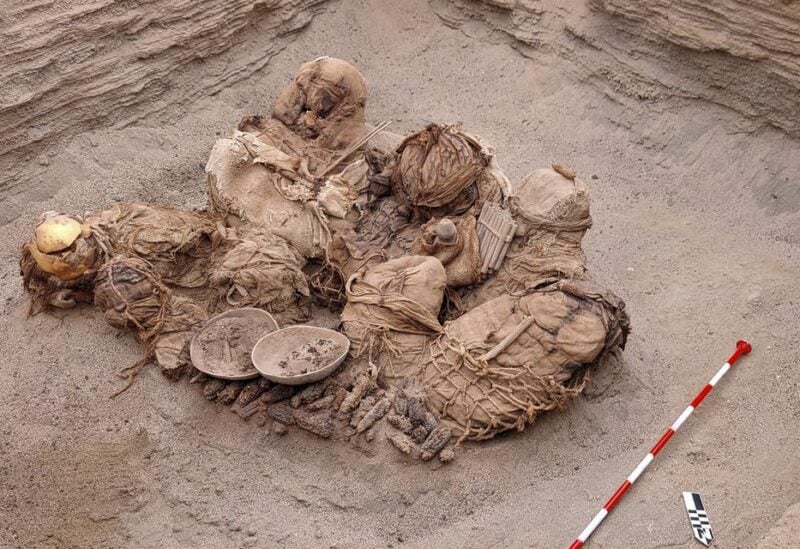 Peruvian workers laying gas pipes found the remains of eight people buried in a common tomb with food and musical instruments some 800 years ago, an archaeologist said Wednesday.

The bodies of adults and children had been wrapped in plant material, with corn, dishes, and a variety of wind instruments, including flutes, placed around them, Cecilia Camargo, an archaeologist hired by the Calidda gas company whose workers made the discovery, told AFP.

The eight had lived in the ancient town of Chilca some 60 kilometers (37 miles) south of Lima.

Some had been buried with shells on their heads, and had bags in which coca leaves, traditionally chewed as a stimulant, are kept.

“It is an important find that gives us more information about the pre-Hispanic history of Chilca,” said the researcher.

Workers of the same company found another 30 ancient bodies in Chilca in 2018.