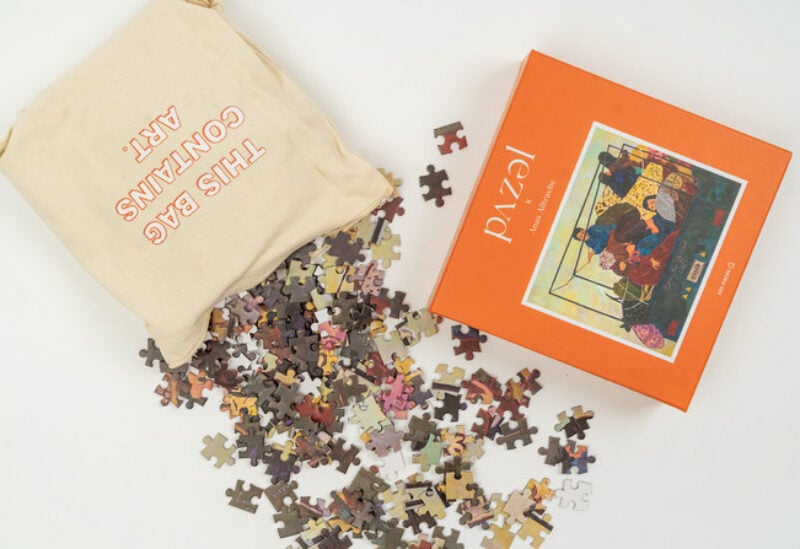 Jigsaw puzzles featuring works by famous painters such as Vincent van Gogh, Gustav Klimt, and Hokusai are popular nowadays. However, one Lebanese entrepreneur is revolutionizing the game by putting Arab artists into the mix.

Camille Saade is presenting Pazel, a tribute to three multi-generational artists from Lebanon and Syria, titled after the phonetic pronunciation of the word “puzzle.”

It’s a cultural enterprise inspired by Saade’s interest in art. “Every time I went to museums or shows, I enjoyed the boutiques and shops and the items they sold.” “I used to buy the puzzles whenever I could,” she says from Beirut to Arab News. “We were trapped at home on October 17, 2019, when the demonstrations began in Beirut, and I was actually doing one of the riddles.” I was sitting with my sister when I told her, ‘You know, we don’t have such enjoyable and informative games for our art, our culture.’ So that’s how the concept occurred to me. I’m hoping it’ll be something new and exciting that people will like.”

She aspires to bring attention to excellent regional artists who may not be as well-known as their international colleagues. “If I mentioned Picasso or Damien Hirst to my acquaintances who aren’t into art, they’d recognize them.” But they wouldn’t know who Abdul Rahman Katanani is, for example. They’d approach me and ask, ‘Who’s that?’ “It’s also a method to raise cultural awareness and educate people,” Saade explains.

In addition, the young entrepreneur will donate a portion of Pazel’s profits to the Beirut Heritage Initiative, which was created last year with the goal of restoring Beirut’s architectural and cultural heritage.

To help put the pieces of her idea together, Saade approached the longtime Lebanese art dealer and gallerist Saleh Barakat, who introduced her to a few artists and their artworks. “He was very enthusiastic from the beginning. He would support any project that promotes art,” she says. “We tried to find artists that were easygoing and willing to play along.”