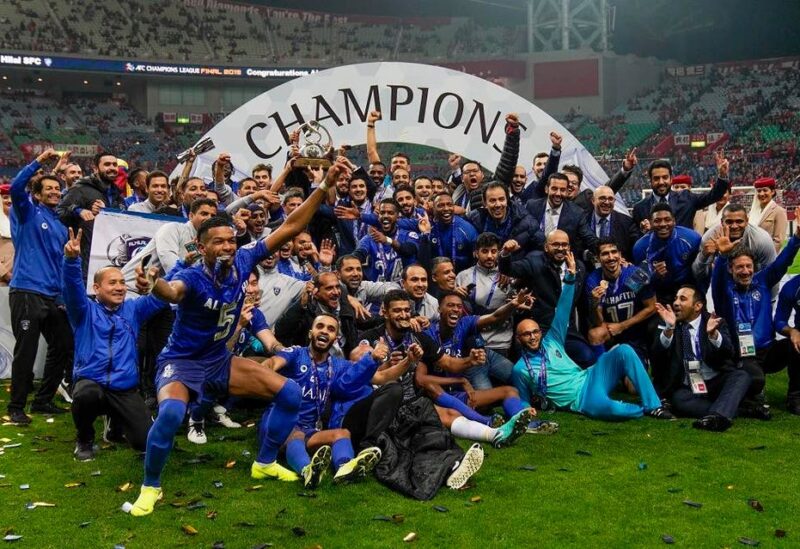 Al-Hilal team pose for the media after winning the second leg of the AFC Champions League final football match against Urawa Reds in Saitama, near Tokyo. (File photo: AP)

Saudi Arabia will host the final of this year’s Asian Champions League on November 23, the Asian Football Confederation (AFC) confirmed on Friday.

No venue city has been announced, but the quarter-final and semi-final matches involving teams from the west of Asia — due to be held on October 16 and 19 respectively — will also be played in the Gulf state.

Two clubs from Saudi Arabia remain involved in the competition, with former champions Al Hilal due to play Iran’s Esteghlal in the last 16 while Al Nassr will face off against Tractor, also from Iran. Both teams are based in Riyadh.

The AFC has had to alter the format of the competition because of COVID-19 travel restrictions in place in many Asian nations, with games in the knockout rounds played on a single-match basis rather than as home-and-away clashes.

Round of 16 games will be held from September 13 to 15 around the region, with the draw for the quarter-finals to be held on September 17.

The quarter-final and semi-final matches for clubs from the east of the confederation will be hosted in Jeonju in South Korea on October 17 and 20.