Snowboarders escaped monster avalanche, but not the law 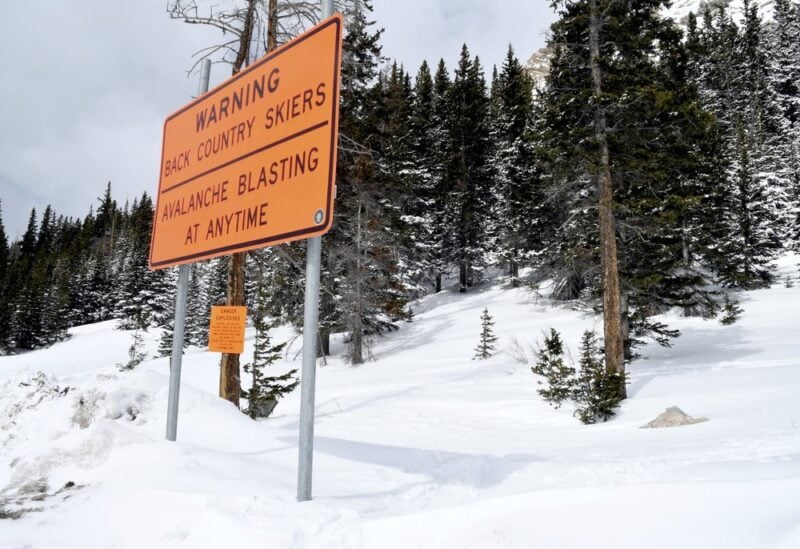 DENVER: Tyler DeWitt and Evan Hannibal were slowly making their way down a windswept slope during a backcountry snowboarding excursion in Colorado last spring when the shallow snow beneath them shifted and broke loose.

Hannibal’s helmet cam captured the moment and the tense, profanity-laced exchange that followed as the slide near the Continental Divide gained momentum.

The experienced backcountry snowboarders weren’t injured, but the avalanche buried a service road in about 20 feet (6 meters) of snow and came dangerously close to Interstate 70, a major route for ski traffic. As soon as they were safe, the two men called 911 to report the slide and spent two hours at the scene describing what happened. They shared the video and offered to send photos. They thanked investigators for showing up. Hannibal described the interaction as cordial.

Weeks later, the snowboarders were stunned when they got word they were being charged with reckless endangerment.

Prosecutors also are seeking $168,000 in damages in a rare case some worry could deter other backcountry skiers and snowboarders from coming forward to report avalanches out of fear of costly retribution.

Their trial is scheduled to begin Thursday and will be closely watched by backcountry enthusiasts and avalanche prevention specialists.

Hannibal, 26, of Vail, said in an interview with The Associated Press that several people have already told him they are reporting avalanches anonymously to avoid getting slapped with charges.

“Most people, if not everybody that travels in the backcountry, wants to make it safer and wants to report avalanches,” he said. “But as far as reporting avalanches with your name attached to it, I think that might drop significantly.”

Summit County District Attorney Heidi McCollum declined to address the specifics of the case but said the charges and the possible restitution are appropriate. She disagreed that the case would deter backcountry users from reporting avalanches.

“Whether or not someone chooses to report any of their actions which may have injured another person or may have injured property is going to be within their own personal constitution. And the outcome of one misdemeanor trial in Summit County, Colorado, is not going to change what one individual would otherwise do,” she said.

The remotely operated devices are part of a statewide system controlled by the Colorado Department of Transportation. They ignite a mixture of oxygen and hydrogen that causes an explosion aimed at safely triggering avalanches, which have killed 35 people across the country so far this winter, including 12 in Colorado.

The Colorado Attorney General’s Office is among those raising concerns about the message being sent by the criminal charges. The office filed a motion to quash testimony from the director of the Colorado Avalanche Information Center — a state agency — and one of its avalanche forecasters.

The motion, which was denied, argued the testimony could have an “unintended adverse ‘chilling’ impact” on the avalanche center’s ability to collect photographs and videos from people involved in backcountry accidents because they fear the information could be used against them.

Investigators cited Hannibal’s video in an affidavit explaining the misdemeanor charge, which carries a penalty of up to six months in jail but will most likely result in probation and community service.

Summit County sheriff’s deputy Brian Metzger wrote that he had obtained an incident report from the avalanche center, as well as a copy of the video from Hannibal’s helmet camera.

“Throughout the video there are several comments made about areas of concern,” Metzger wrote. “The pair were clearly worried about avalanche conditions but proceeded down the path anyway. … There was also a comment made about being in trouble if the cops show up.”

Those remarks are likely to come up during the trial, as is a detail from the avalanche center’s report suggesting the two snowboarders might have misgauged the hazard on the slope.

Hannibal insists he and DeWitt did everything they could to navigate the terrain as safely as possible, and he said he never thought the information they gave investigators would be used against them.

“We concluded there’s no hard feelings,” he said. “Obviously they were glad that we called it in when we did and we handled it professionally.”

DeWitt, 38, of Silverthorne, even planned to send sheriff’s investigators further images of the slide, and he finished his handwritten statement from the scene with, “Thanks for showing up.”

Avalanche center director Ethan Greene, who helped write the incident report, said he hopes the criminal case doesn’t scare people away from reporting slides to the agency, which uses the information to compile daily backcountry avalanche forecasts during the winter and to warn of possibly dangerous conditions.

He also noted that the avalanche center gave the report and helmet cam footage to investigators because, as a state agency, it is subject to the Colorado Open Records Act.

Denver attorney Jason Flores-Williams, an avid backcountry skier who is representing DeWitt and Hannibal, said the case raises questions about a state agency acting on behalf of law enforcement, as well as issues involving excessive fines. But he stressed that he is defending the snowboarders because a guilty verdict would set a dangerous precedent.

“If you do everything that you need to do, they still might try to come after you and financially cripple you,” he said. “That is the implication of what a guilty verdict would mean here, is it would send a message to everyone that the backcountry is now subject to prosecution. Our goal is to defend the backcountry.”