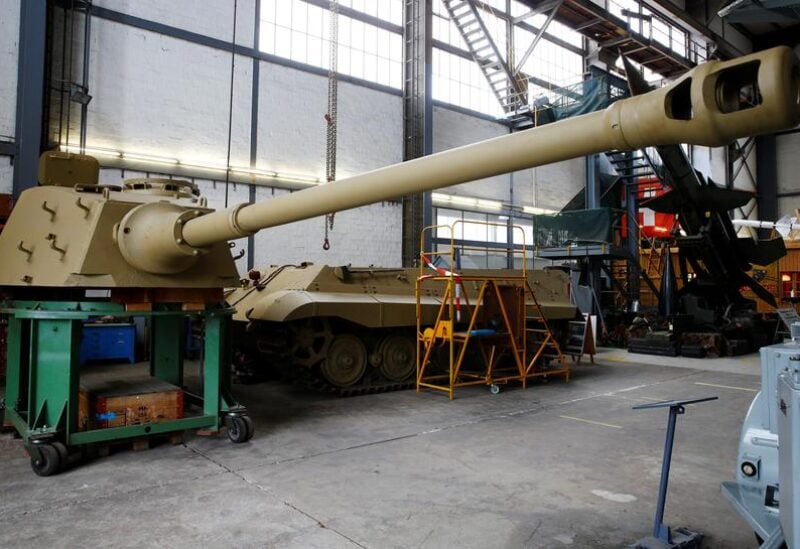 A Swiss museum is restoring a rare King Tiger tank used by Nazi Germany’s 506th Heavy Tank Battalion on the Western Front, and hopes it will become the second driveable King Tiger left in the world.

The King Tiger tank was probably given to the Swiss army by French forces in the years after World War Two (WWII) and may have fought at the Battle of Arnhem and the Battle of the Bulge in 1944.

Bernd Kubicki, who is leading the restoration at the Swiss Military Museum said the 68-tonne behemoth “was in horrible condition, it has been exposed to the open climate for decades. It was full of water and rusted.”

Eventually, those who made substantial donations towards the restoration will be allowed to ride in the 700 horsepower V12 machine on a nearby field.

The tank is one of only 8 King Tiger tanks remaining from the roughly 490 built during WWII.

“The Tiger is probably the most famous German tank from the war, but the King Tiger was even heavier, better armored and had a bigger gun,” Kubicki added.

“Everyone wants to see a Tiger, they are legendary, so to get one for this museum and to restore it is like hitting the jackpot in the lottery.”

Precisely how it came to Switzerland is not known.

“After the war many of the tanks were distributed among the Allies for evaluation. We think this one may have been given to the Swiss army by the French.”

The museum in Full, northern Switzerland, got it in 2006.