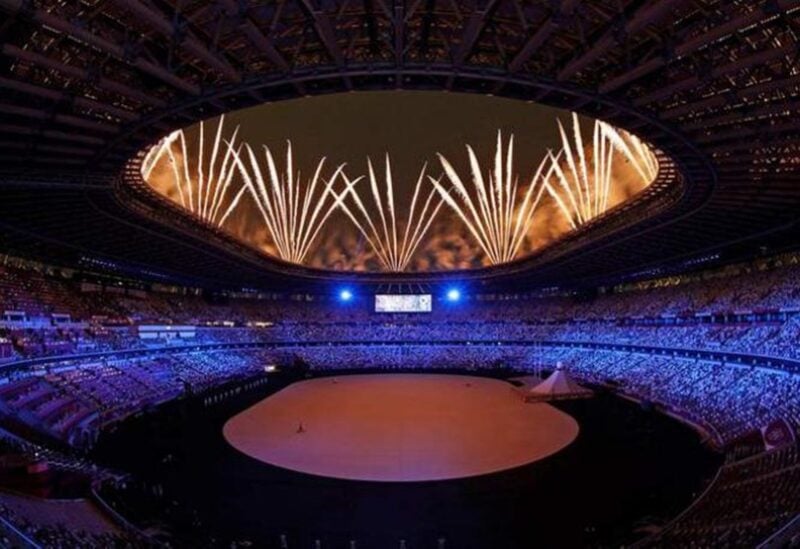 The Tokyo Olympics officially kicked off in a virtually empty stadium on Friday night after a yearlong delay due to the pandemic.

As the Games face the ongoing threat of Covid-19, with the Japanese capital under a state of emergency and many of the country’s residents adamantly opposed to hosting the Olympics at all, viewers were still treated to the night’s festivities that marked the beginning of the world sporting event.

But instead of the 68,000-capacity crowd cheering as athletes from more than 200 countries paraded with flags through Tokyo’s Olympic Stadium, less than 1,000 spectators were present for the night’s pageantry and speeches.

The opening ceremony began on a more somber note with a video of Japan’s journey to the Olympics and its montage of athletes practicing for the Games, at home and in isolation – a significant departure from the usual ornamental performances that showcase the host country’s culture and history.

“The creators have tried to place this ceremony in its time,” Savannah Guthrie, NBC’s “TODAY” show co-host and 2020 Tokyo Olympics host, said during the live broadcast.

After Japanese singer Misia performed the country’s national anthem, spectators were asked to take a moment of silence to remember those who have died due to the pandemic.

Commentators also made note of the victims who have died during the Olympic Games and the athletes who were not able to attend the event.

As tradition, the ceremony made several nods to the Olympics’ host country.

Dozens of performers opened the show against the backdrop of moving bright lights and a steady rhythm. The dancers, adorned in all-white outfits and connected with red strings, were meant to portray the inner workings of the body and heart.

The ceremony then transitioned into another performance featuring dancers dressed like carpenters in honor of the Japanese arts. The tightly choreographed and well-rehearsed display of national pride culminated in a rollout of the Olympic rings and a spectacular fireworks display over the stadium.

Greece, home to the first Games ever held, led the pack in the world’s first official introduction to this year’s Olympians.

Athletes from more than 200 countries paraded into the stadium with their flags unfurled. Some countries practiced social distancing while others did not. Argentina danced and cheered as they made their exuberant entry.