Who is Nour El-Sherif? Google Doodle pays tribute to Egyptian actor and director 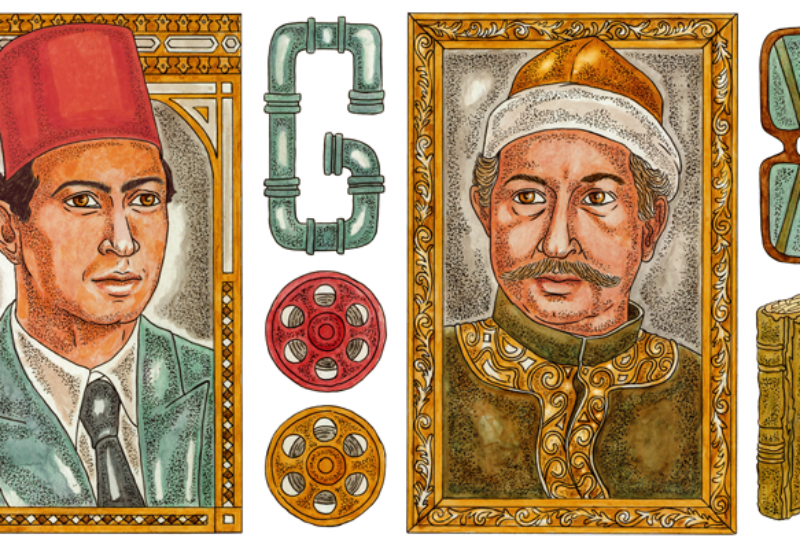 Egyptian actor and director Nour El-Sherif is being honoured as today’s Google Doodle . Marking what would have been his 75th birthday on April 28, the illustration was created by Cairo artist Maged El Sokkary.

The doodle appears on the search engine’s homepage in numerous countries around the Mena region, including Morocco, Algeria, Egypt, Iraq, Saudi Arabia, Oman and the UAE.

El-Sherif was born Mohamed Geber Abd Allah in Cairo on April 28, 1946. As a child, he loved football but held a passion for acting, which was evident in the small theatre roles he performed at the beginning of his career, according to his Google biography.

After catching the eye of Egyptian director Hassan Iman, El-Sherif was cast in his first film, 1967’s Kasr El Shawk (The Palace of Desire).

This set the stage for a prolific career spanning more than five decades on the Egyptian silver screen, during which he starred in a number of films – he has 127 acting credits to his name on IMDb.

Critics and colleagues often noted his dedication to roles in which he’d read the entire script for a project rather than just the lines of his character.

Among his most significant roles are the lead in 1982’s Hadduta Misriya (An Egyptian Story), 1991’s Nagui Al-Ali, in which he played a Palestinian cartoonist, and 2006’s Omaret Yakobean (The Yacoubian Building), one of Egypt’s highest budgeted films in history.

El-Sherif was more than just an actor, as he also got behind the camera for his directorial debut in 2001 with Al-Asheqari (The Lovers).

For all his work in the industry, he was honoured with the Lifetime Achievement Award from the Alexandria International Film Festival in 2014.

The Cairo illustrator behind this doodle is a senior art director and visual artist.

“I felt so honoured and proud being a candidate to paint such an inspiring public figure as [El-Sherif],” he says in an interview with Google. “I knew it was a huge responsibility.”

While El Sokkary was aware of El-Sherif’s legacy, he watched a number of his films for the first time while preparing to create this illustration. “It was impressive learning about his career, how he started and developed himself,” he says. “It is inspiring to see an artist with such diversity in roles.

“When a person is devoted to his art and strives in his work, he reserves a permanent place in the hearts of millions of people forever.

“Look at the bright things in your life – that was Nour El-Sherif’s message.”

Google Doodles feature sporadically throughout the year, transforming Google’s traditional logo into an animation to pay tribute to an important figure or moment in history. The doodles can also mark seasonal or celebratory events, such as International Women’s day , for example.