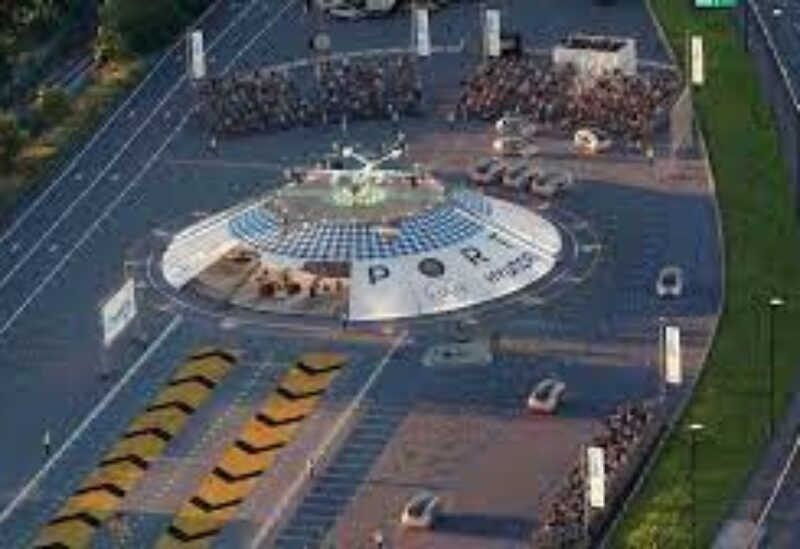 This article was written by Andrea D. Steffen in Intelligent Living:

Urban Air Port has chosen to build its first Air-One transport hub for autonomous delivery drones and electric flying cars next to the Ricoh Arena in Coventry, UK. The futuristic facility will launch later this year. It will support delivery drone and air taxi technology and eventually transport cargo and people across cities.

The company chose that location as the first site because Coventry is the center of the UK and a historical hub for the aerospace and automobile industries. It sees the region as a hotbed for people with skills to support the future’s manufacturing industries as urban air mobility takes off. Plus, the city’s centralized location provides easy access to most parts of the country within four hours.

Coventry Councillor Jim O’Boyle said: “We are already a city that is helping to shape the future of electric transport, and this is yet another ground-breaking project that puts Coventry at the forefront of new technologies. It highlights how the council is working alongside a range of organizations to help shape a better, greener future.”

The project won the Government’s Future Flight Challenge and received a £1.2 million grant. And the city became a part of an urban air mobility partnership with UK Government backing. Air-One’s award-winning aviation infrastructure and system will enable the next generation of autonomous and electric air vehicles to flourish.

Gary Cutts, Future Flight Challenge director, said: “Urban Air Port has the potential to revolutionize cities across the world, making them more connected, cleaner and accelerating our green economic recovery. This project epitomizes the purpose of the Future Flight Challenge fund – it is innovation at its finest – and will help to position the UK at the vanguard of electric urban air mobility.”

The new zero-emission airport is part of a global drive to revolutionize urban transport. Aircraft can land and recharge there, cutting air pollution, reducing congestion, and contributing to a zero-carbon future.

The project is backed by Coventry City Council and Hyundai Motor Group, which is developing commercialized flying vehicles to be ready by 2028.

Pamela Cohn, a chief operating officer for Hyundai Motor Group’s Urban Air Mobility Division, said: “As we advance our eVTOL aircraft program, development of supporting infrastructure is imperative. Air-One is a unique project set to help lead the way in developing a robust, accessible, and intermodal infrastructure network for future mobility. We are excited to be part of this partnership in the UK and look forward to working together to create community impact and opportunity through safe, affordable, and human-centered mobility solutions.”

The airport will initially be used to teach the public about the new technology. UK-based drone developer Malloy Aeronautics will demonstrate the use of large cargo drones, and Coventry University will host live demonstrations of Vertical Take-Off and Landing (eVTOL) aircraft.

Oriol Badia, Malloy Aeronautics CEO, said: “It is a key goal for Malloy – to introduce unmanned air logistics into an urban environment and merge it with supporting infrastructure that is flexible and resilient, hosting intelligent operating systems and state of the art innovation. Air-One provides the ability to service multiple transport requirements of the future – from disaster relief to essential and everyday supplies for citizens across the UK.”

Urban Air Port aims to install over 200 similar sites worldwide by 2025, so Coventry airport is the first of many. These compact airports can be easily dismantled and reassembled, so they can also be used for disaster and emergency relief.

Urban Air Port’s ambitions are based on NASA’s predictions that urban air mobility could be worth as much as $500 billion in the US alone soon. The only thing holding it back at the moment is the lack of infrastructure. Other estimates put the urban air mobility revolution’s worth at nearly £1 trillion over the next two decades as investments in eVTOL aircraft and the required infrastructure take root.